Gorgeous’s Run according to Mustang 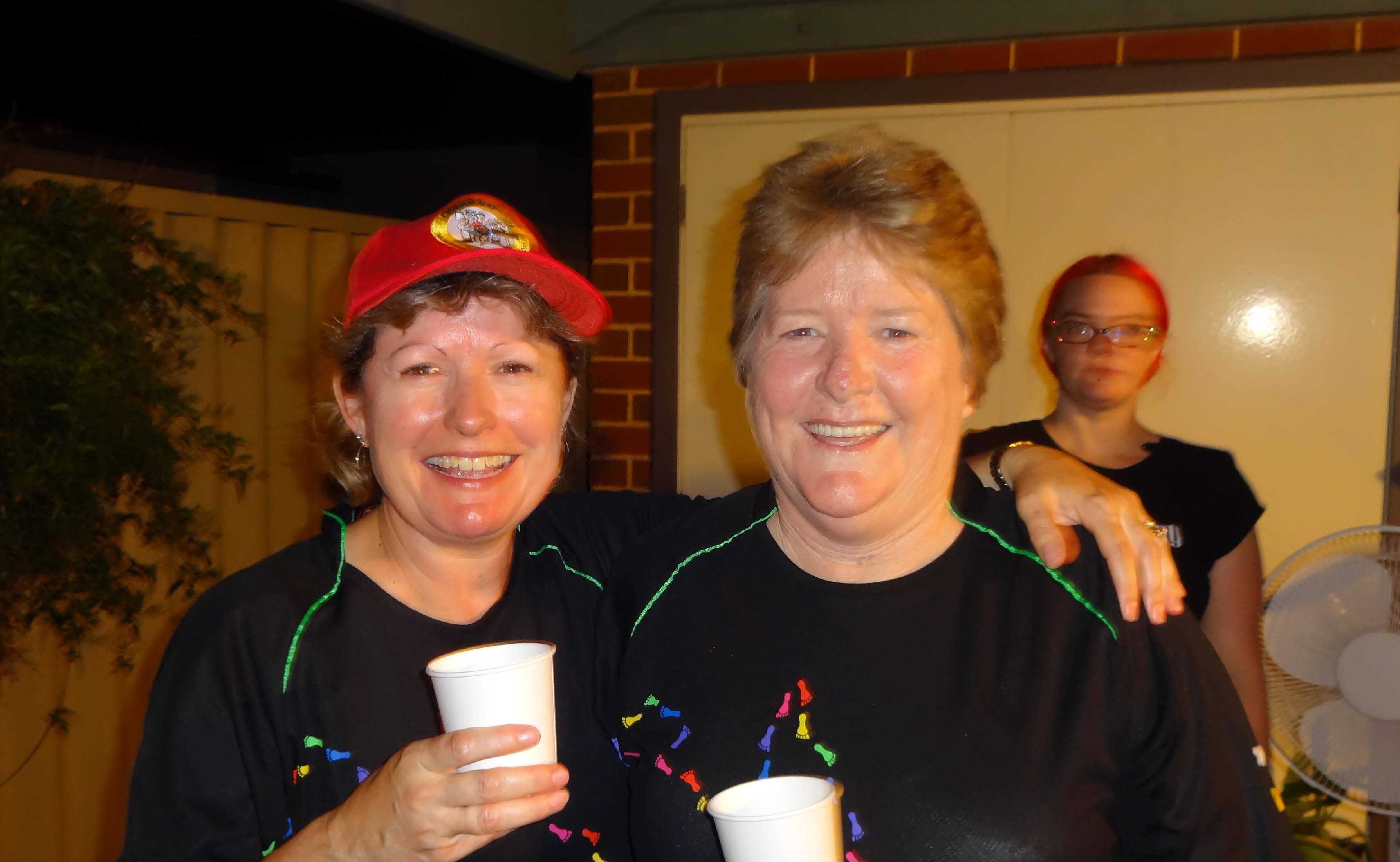 Gorgeous’s run co-hared by almost-neighbour, Backseat was set in the beautiful suburb of Iluka, weaving through manicured parks and speccy Christmas lights. It was a perfect night for running, balmy and still, but Gorgeous, being worried about the predicted thunderstorm and residual heat of the 37 degree day said “It’s only a short run”, and it actually was:  3.8 k’s according to Onheat’s  iPhone app..!

We had one visitor, Karen, who we didn’t lose and must’ve been coached very well in Harriette Habits, because she even tipped her empty down-down over her head.

Next to be called up for a down-down were returnee’s Jagger, Wombat and Squirrel, which widened to Camel and Mustang, with the call “One animal drinks, all animals drink”.

Special runs out-numbered birthdays, with Blew-He, Cleopatra and Matchbox all having reached their fiftieth run on this night of the Harriette’s  1,783rd run. Cowpat was up for a down-down for her 100th run, no mean feat seeing as she shares Perth with Adelaide… Oasis had reached 350 runs and Ricebowl and Gorgeous both celebrated 400 runs, with cakes each to prove it..!

There was also one beautiful birthday cake, but no Birthday Girl to celebrate it..!! Poor No-No was called in to work at the last minute and so did not get to hear the Harriette’s enthusiastic singing of Happy Birthday Dear No-No..!

Congratulations to Running Bear, who welcomed Frank Thomas into the world very cleverly in the wee hours of a Harriette Tuesday morning (4/12/2012).

Coaster won the Bitchy Britches for the week, with her comment during Matchbox, Cleopatra and Blew-He’s fiftieth run down-down of “And they don’t look a day over 49..”! The Droopy Boobs were not around, so whatever ditzy comments we made that week, we got away with..!

Comet charged Wombat for going away to New York and leaving her with The Book and Lone Ranger got charged for talking all through circle.

Seagull ended circle with a joke about two Irishmen, a pole and the number nineteen… If you want the punchline, you’ll have to ask Seagull next week!