Salvo’s Run according to Kebab 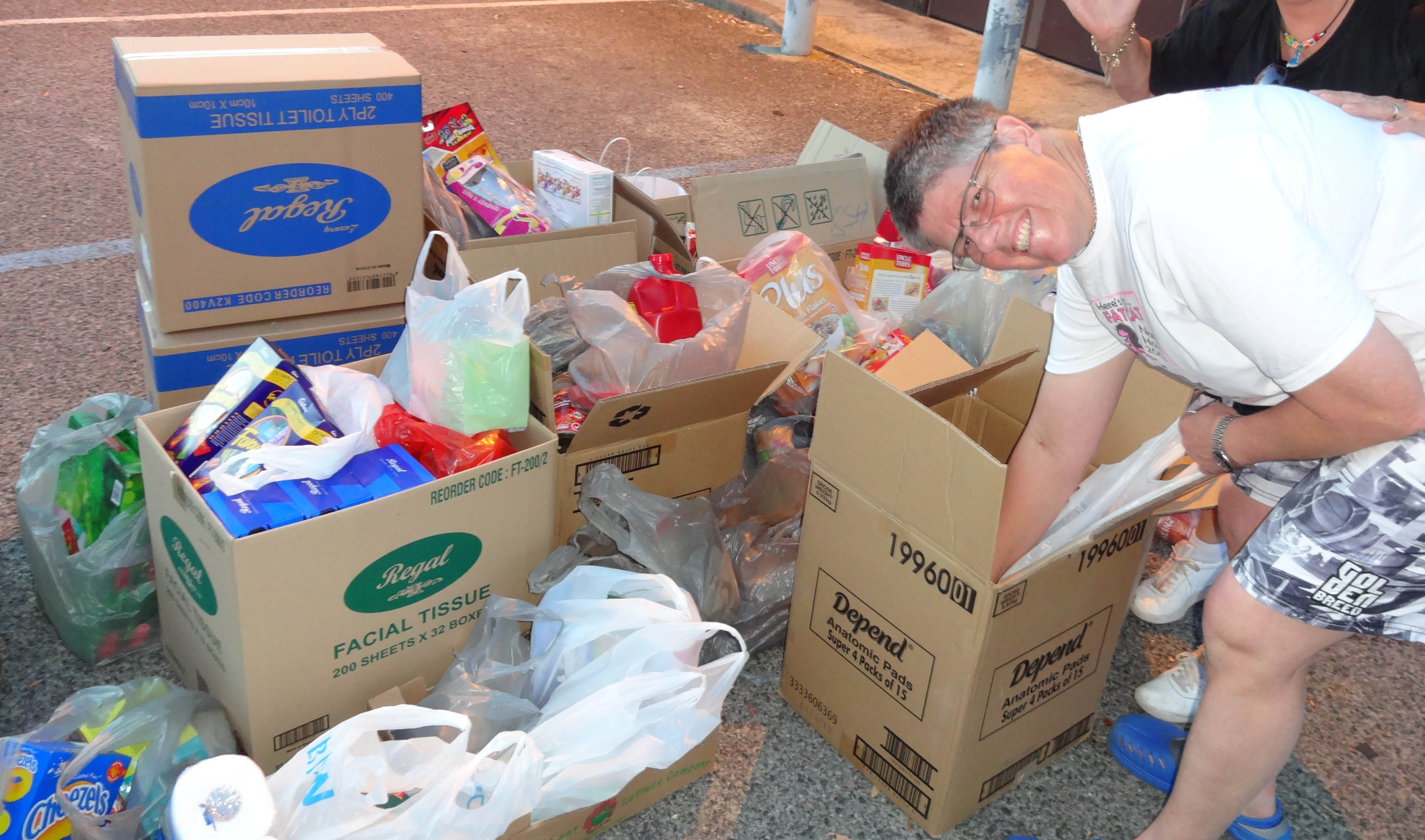 Our annual Salvo’s Run was set by Shorty again this year in Leeming!

After much confusion – Comet and Anyname finally got venue and time right and (somehow!?) a great crowd gathered at Beasley Park for the Salvo’s Run!  Despite storms threatening, we enjoyed fine weather and mild winds throughout the run and continuing on through the night – thank Goddess!

The Committee had had a great (late!) night the night before (during our meeting) preparing the nibblies and salads so it was all very easy (despite a few hangovers – and oh, Deaconess was MIA, maybe she was still nursing her hangover!!!  Hee hee!!  [just jokes, she was at Hosh Hash AGM!].  Thanks to Jam Tart for organising chooks and Cheapy’s scrumptious salads, Sarges save-the-day bread, etc shopping and the rest of the committee that made it all seem effortless!

Well set run with lots of falsies and the pack staying together excellently!  (this is no easy feat with mixed Hashers and a lot of great runners!  Lots of comments on how well the run was set – good one Shorty!!!)  Lots of Leeming roadside trash/treasure  to keep the rest of us walkers and waddlers interested along the way and Kebab found a new pink muff!!

We gathered back at the Park for nibblies and chatting.  Comet overcame her slight nerves by handling the mixed circle well and keeping the large crowd in line.  We welcomed Brendan (Salvation Army rep from the Rehab section) – (hey, we didn’t scare him off last year!).  He had a non-alcoholic down down and laughed along with us and we all hope we won’t need the Rehab services but Brendan did look slightly concerned but told us Salvo’s are there if we do – ha ha!  What a great guy – he got into the spirit (well almost!) of things fantastically again and truly appreciated our $135 from the raffle last week and our food, etc donations.  All profits from $10 charge (once costs are deducted) are also sent to the Salvation Army.

Down Down for all attending club GM’s – including Wenchy (who is GM of Friday hash, not to be mistaken for our very own GM, Comet – got that Mrs Slowcombe!!!!!!) Lots of GM’s – too many to mention but let’s just say it was a well supported event!

Circle closed with singing of clubs songs and big thanks to everyone for supporting the run and their generous donations!

(but there was also bread, pasta salad, tomatoes so no-one went away hungry!).

Fantastic night – thanks girls for your great support of our annual run!