Xena’s Run according to Kebab 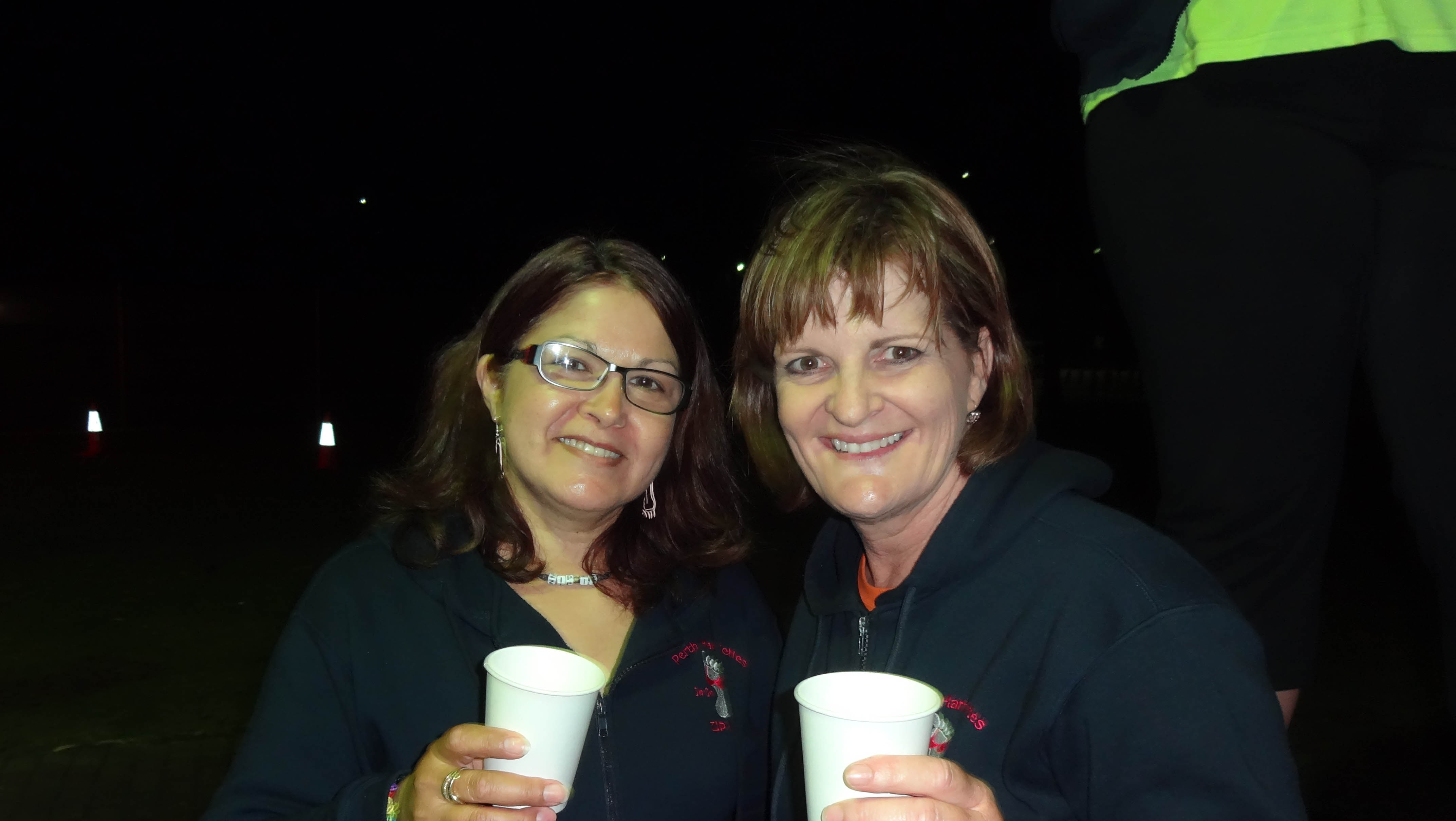 Perth Harriettes gathered at the Charles Paterson Park, Burswood ready for a great run on a coolish night.  Winds were up but the fences for the Films at Burwood had recently been erected (despite them telling Xena otherwise!) spoiling our views of the river and city but giving us great shelter from the wind!.

It was On On towards the Crown Casino where the run was split for the runners and the walkers.  Well done Xena, the pack still stayed together!  Sadly no drink stop at Occy’s apartment (hey, she should have been charged for that!), on on over a bridge that made us all wonder just how many drinks we had already had!  On on through the Circus and back around the perimeter of the Crown complex providing a very interesting run and great scenery.

Back at the gazebo Anyname and Co were working up a thirst madly selling raffle tickets for the Salvo’s Raffle with a great basket of goodies and a lavender gift pack that will make you and your knickers smell nice!

Our geisha girl Sarge returned from Japan and Bali and said “Arigato” (thankyou) for her “Kampu” (down down!).  Don’t know why she went to Japan as she has a perfectly good futon at home (compliments of Perth Harriettes photoshoot!)

Nitefill celebrated her 60th with a bunch of balloons from Sam that made her nearly blow away!  Happy Birthday Nitefill!

Harriettes were reminded of the Freo Doctors & Nurses Run and the Sundowner at Osborne Park hotel on Friday. Also reminded to bring along your donations for the Salvo’s run next week. Wenchy’s house Saturday night for those going to Brussels in 2014.

Even Stevens was told by Comet to “wrap your lips around this one!” and she did exactly that!!!

Cheapskate noticed that Sam had done a wonderful job of zipping up her two jackets (left hand side of jacket underneath zipped to the right hand side of the jacket on the top!?!).  We were all in amazement as apparently the teeth were different sizes!!!??!

Someone thought Sarge had been away for a boob job!

Sarge charged Rations for running past her in a rice paddy in Bali whilst Sarge lay flat on her back!

Guide Dog was driving the wrong way up the street and proudly rang RollOn (on her mobile phone!) to tell her  of her non-road skills!

Jewells charged Kebab for telling Anyname “to f*** off – you’re not GM yet!”  when Anyname asked Kebab to get her a drink!!!

Kebab charged Xena and Puddles for their bright fashion sense!

Gorgeous won first prize in the raffle and then also won second prize – Rigged!! Redrawn and I can’t remember who won it!

Excellent dinner of chicken and salad was served by Xena and we all had a great night.