Maggie Broon’s Run according to Xena 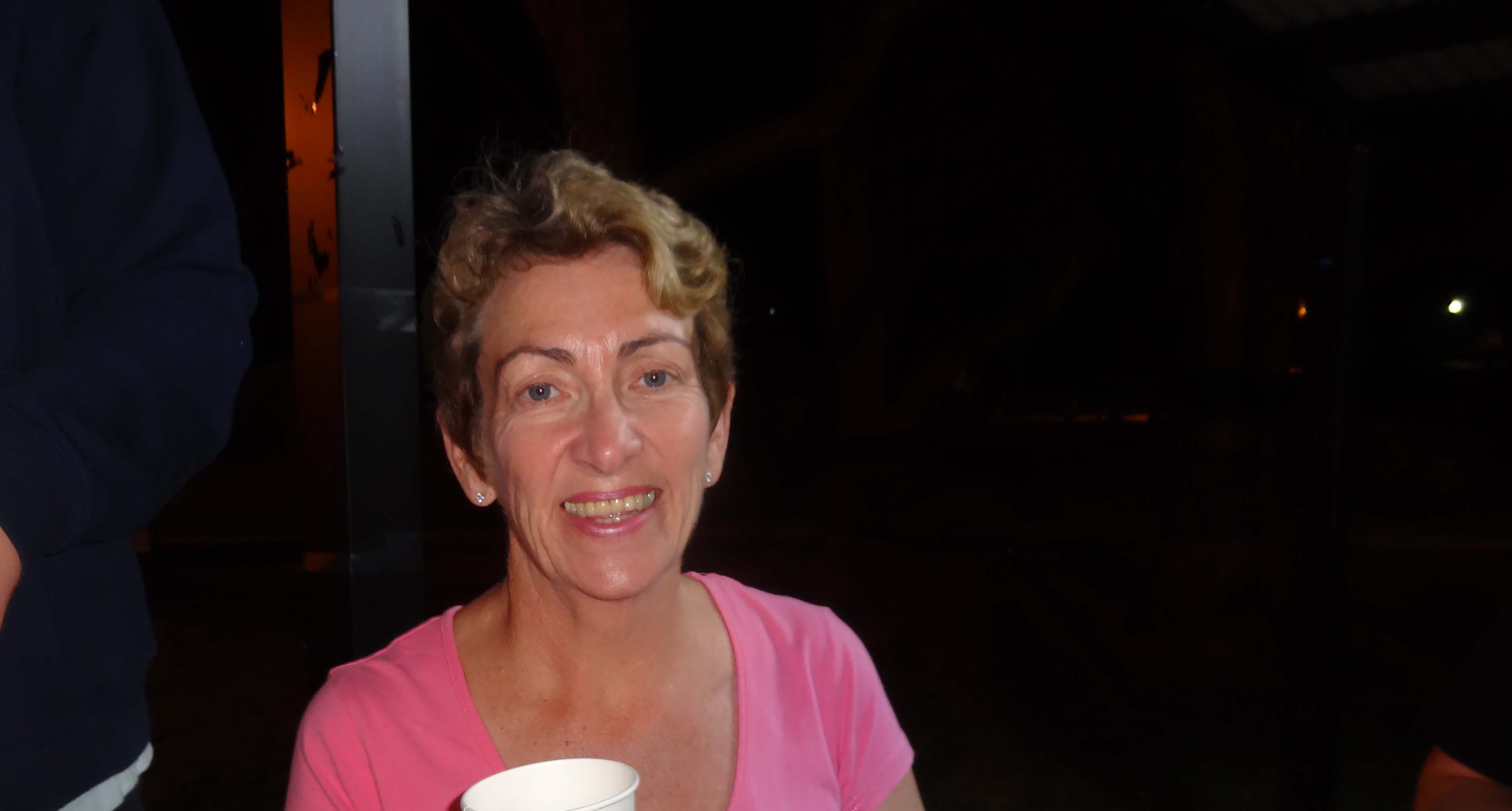 On a lovely November evening the pack crossed Neil McDougall Park from all directions, to assemble where Maggie Broon had ‘set up camp’ ready for our arrival.

After some very brief instructions from Maggie Broon (that required an interpreter for the non-Scottish amongst us) we set off out of the park and through Como and surrounding suburbs.

The runners set a cracking pace (as usual) and the walkers happily meandered (as usual) up street and down lane.  Through the back streets and across highways that took us from older suburbs to the more salubrious where the ‘well heeled’ live J.  Thankfully I had Pumpy and Sam ahead the group that I was with cos there was a section that I couldn’t for the life of me see any arrows.  Pumpy and Sam, with their wealth of experience blazed the trail for us to ensure that we all arrived safely back from whence we started.

Most of the pack were in by the time I got back to the park for a lovely cold bevy and delicious dip, bickies and crudités (carrot and celery sticks J).

The circle began with a well-deserved down down for Maggie Broon for her fabulous run.

VISITORS:         Shaggy and Rita joined the pack for the night and fitted right in…to the untrained eye, you would never know they weren’t Harriettes…….well except for the fact that Shaggy is a Hashman JJ

RETURNEES:      Occy was back in the country after hashing in Malaysia at the Torchlight Run. (I am sure that she ‘flew the Perth Harriettes flag’ in fine fashion.)

NEW MEMBER:  Double D saw the light and after being named at Bridges realised that she needed to add the Perth Harriettes to her Hash Club membership.  Welcome Double D!!!

Zip It now has her very own hash goblet to mark the occasion of her 200th run.  Well done!!  Xena provided a cake or two to mark the occasion.  Although not homemade, (she likes the Harriettes too much to subject them to that!) she did add a little decoration in the form of a liquorice ‘zip.

Gossip Girl celebrated her 50th run and down downed in style,

Commando arranged to have her birthday fall on the same night as Hash, so Gossip Girl honoured the occasion with a magnificently lolly-decorated cake.

Rice Bowl had her birthday on the previous Sunday and celebrated with us. Coaster provided the most delicious homemade cake (her baking skills are far superior to Xena’s)!!

After a few contenders Cheapy handed them over to Wenchy who responded to Roll On’s comment of ‘I wish people would stop spraying the mozzie spray so carelessly, it is getting in my mouth’, with ‘if you kept your mouth shut you wouldn’t get spray in it!!!!’

Guide Dog tried her hardest to offload them until it came to light that on the run she became so excited she called ‘arrow!’ instead of ‘on on’!  So she keeps them for another week.

CHARGES:   OTT was charged by Gossip Girl for a couple of things including pole dancing and for using a pot of melted down awful old lipsticks.  OTT’s defence of – ‘they are not awful old colours’ – was rejected.

Roll On was charged by Lone Ranger by saying that if her boobs were any smaller they would be pimples!!  (As the charge was about boobs, it was  deemed that ‘one bra size drinks, all bra sizes drink’ and Double D also received a down down.)

Mrs Slowcombe was brought out but not for a charge, but to keep her quiet!!!  (It didn’t work too well though, she kept on nattering!!)

Crafty wanted to charge all those who were sitting.  This charge was reversed because she had obviously been talking when the GM said at the commencement of circle that everyone could remain sitting if they wished.

Kebab charged Rita (who she had met and talked at length with at Bridges Hash) for not recognising her.

Arzy will be away for a month travelling the world.  Have a fabulous time!!

Aunty Val will be off somewhere or other for six weeks.  We will miss you!

Choppy will be away due to knee surgery.  Take care Choppy, heal quickly and come back to us soon!!

See you all in Burswood on Tuesday.