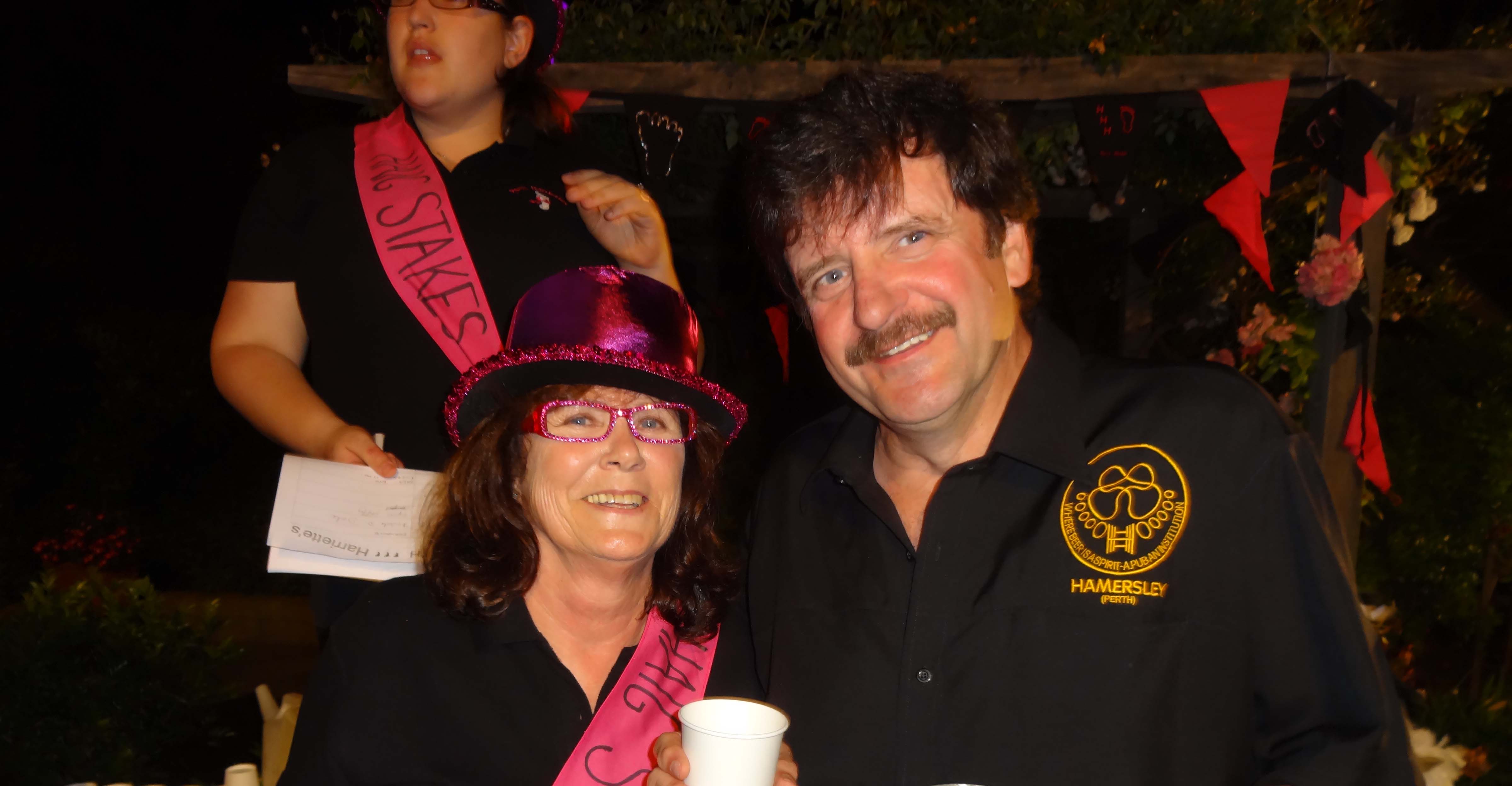 Another great Melbourne cup night in Haig Road. Deaconess/Assaine caught everyone out with a proper run instead of the usual meander along the river and a very enjoyable run it was too with a wee glass of bubbles in our hands.

The weather was very kind to us but it did turn a bit chilly later on. Raffle tickets were issued at the door as we entered for the shenanigans of the races later.
The collection of hats that everyone made were just fab. The Gossip Girls won hands down followed by Even Stephens and 3rd went to Cleopatra.
Visitors this evening were Double Dale and Hissy who seemed to enjoy themselves.
Returnees were Tip’M, Stiffy, Tickets and Smallgoods.
A down Down was given to Kebab for helping out as PA and announcing the sweep( which I did very well in:) )
Bitchy Britches went to Cheapy for some comment made about Ball Breakers Face ( brave girl). Muddy being missing with her red hat brought a lump to every ones throat, Muddy is very much missed by all the Harriettes.
There was a hello from Biro and Halfcut from Singapore via Wenchy who has just holidayed in Singapore.
Two ladies were given their new hash names, Splatter and Harlequin . All to do with their choice of leggins every week.
Birthday wishes  were given out to Oasis and Jam Tart and the cakes were a treat to share after the lovely fare given to us by Deaconess.
The races and betting were as much fun as ever and it was a late and great night. Roll on next year.
See you all on Tuesday at Neil McDougal Park, Como.
OnOn Maggie Broon