Leopard’s Run according to Puddles 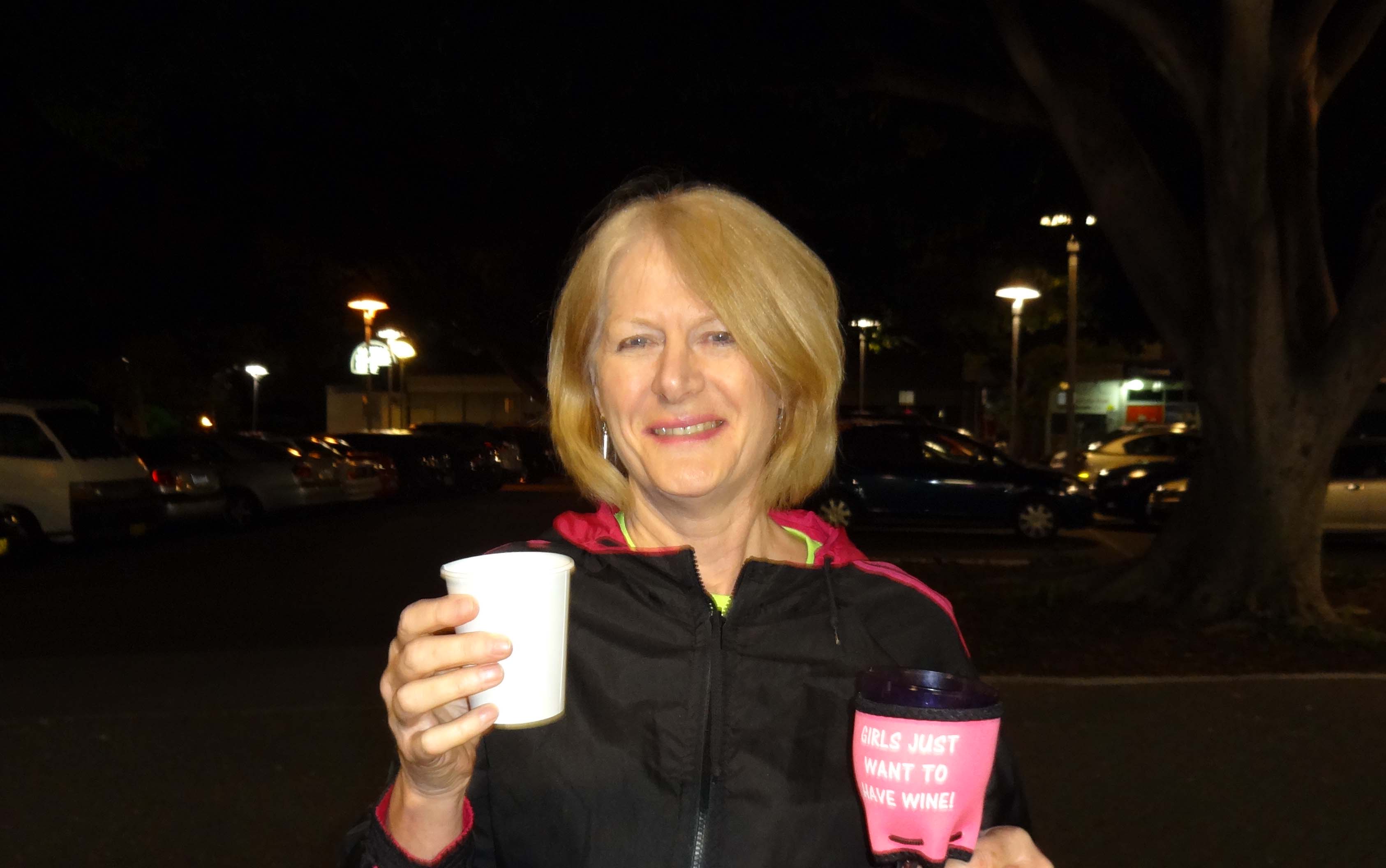 As the Harriettes arrived at Leopard’s local kebab shop they queued to place their food orders while admiring the yummy looking Turkish bread.  Some of the Harriettes saw an open gift shop and wandered off to enjoy their third best activity – shopping (comes after drinking champagne and running hash). 7 o’clock and Comet sent them on the way.  Behind the shops, down laneways and weaving our way through the suburb.  It sounds like it was old stomping ground for some of the harriettes, as I heard stories from those who had walked that way to school.  There were false trails, checks and some of the arrows looking quite faint.  I think that was reflecting how Leopard felt when she reset the trail shortly before we got there.  A beautiful night for a good run and the pack seemed to keep coming back together to end up back at the Kebab shop.

As usual Comet ran a tight circle and Cheapy was getting confused trying to remember to sing and take photos at the same time.  Anyname has managed to email lots of flyers to us and is the cleverest OnSec ever as she has a PA.

Visitors:  Grace and Caitlyn (GM’s sister) and then Adam on a Late Call

Birthdays:  DMD with a triple treat DMD cake by NoNo.  Tickets who is in Phucket celebrating her 60th and Maggie Broon who wasn’t here for her birthday last week.

69’ers:  Commando reached her first 69er and Liberty was having premature ejaculation issues with little spurts going everywhere until there was nothing left to down down.

Bitchy Britches: Wenchy gave them to Banger for saying that Leopard was stressed from all the cooking.

Droopy Boobs: Backseat gave them to Guide Dog (that’s a surprise) for playing in crutches???

Adam was embarrassed about Comet pulling him up all the time (as a visitor).

Guide dog charged Rambling or RollOn – not sure which one but RollOn ended up getting the down down.

Kebab charged Fee and Deb for going to the Saint before the run and not inviting us.

Thrifty had new shoes and drank with her sister – Coaster.  And all the other sisters…Kebab, Comet, Caitlin, LoneRanger and Freebie

Other Stuff:  There was some discussion over names for Deb (Junk food) and Fee – mostly to do with their tights and some people trying to give them partner names (Nah).  No decision and we will keep on thinking.

Circle over and the food was ready.  Very organized (with a little help with distribution from Xena) and very yummy.  I think everybody had their food within about 10 minutes.  Another excellent hashing night – thanks Leopard.  Then there was the important job of getting supplies for Wednesday nights committee meeting…..or was it the annual Turkish bread tasting committee.

On On to Puddles’ Halloween Run …..we are looking forward to seeing all the bitchy witches….on on Puddles