Close to the Heart Run according to Wombat 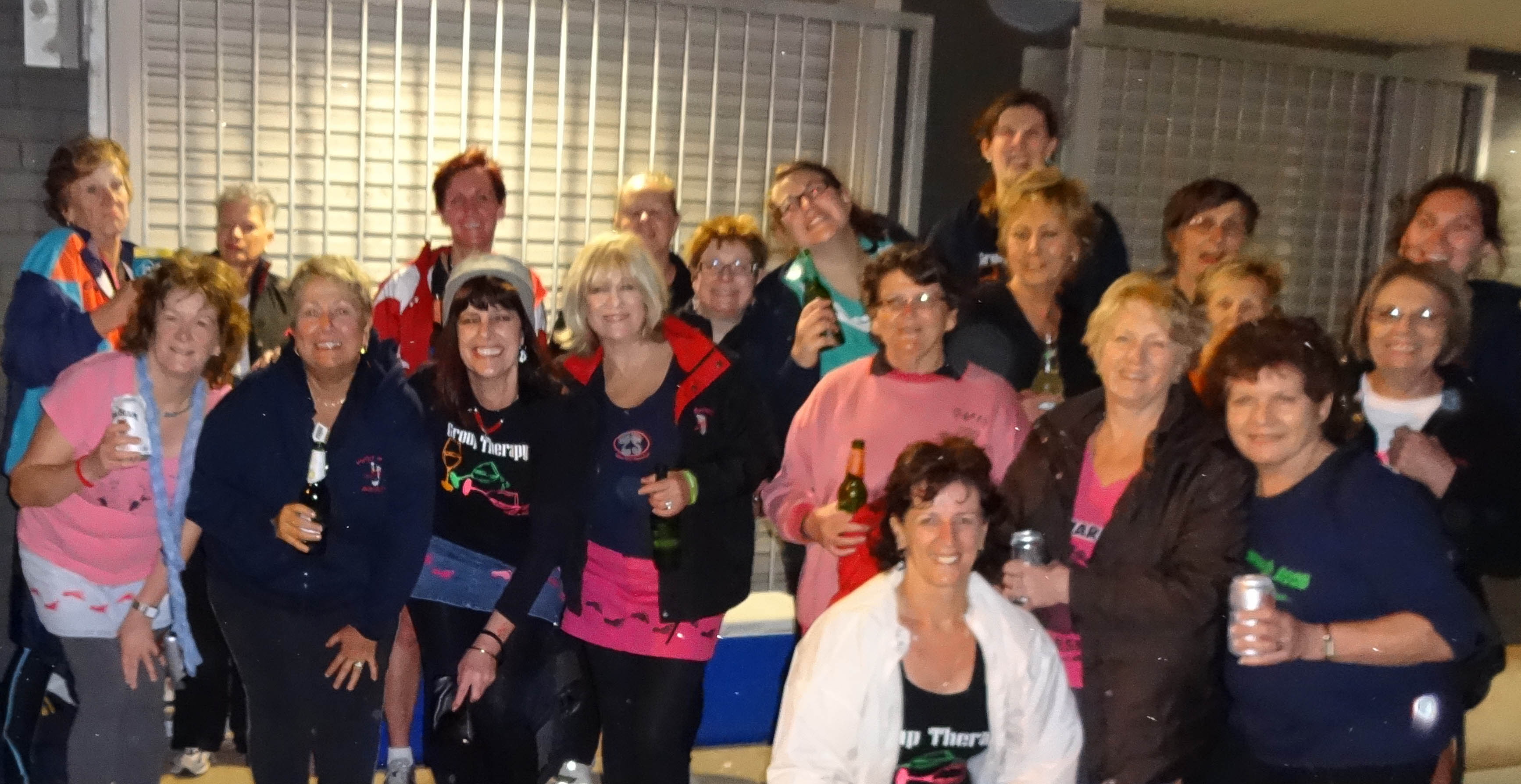 The Run: Talking to a Bullie runner on trail, I found out that the run was set by Westcoasters because and I quote “Bullie is full of Old B**rds who battle to walk let alone jog” This was all said by this ‘Young Gun’ who stopped half way up a bit of an incline, feigning a twitched hammie….hehe!!! But whoever set the run did a darn good job. The pack set off at a fairly fast pace but was kept together by the useless loops, long false trails and few checks. We wound our way over the freeway, up the train line into Osborne Park, back under the freeway and around through Joondanna, (what a hilly little suburb that is!!), to a well earned drink stop. It was then ‘ on home’ to the park where the walkers were well and truly back slaking the thirst they’d built. We were treated to a sausage in a bun but Octopussy refused, citing over indulgence for the last couple of weeks. There were a few envious looks exchanged.  Lots of fun and laughter was happening as everyone milled around, catching up on all the Hash gossip, before the circle was called.

The Circle: Concord complained about the placement of the circle but he was told in no uncertain terms that it was strategically placed to stop the stampede to the food and nobody wanted to be downwind of him (Concord that is). Elle, from the night’s beneficiaries, was called on to have a word.

Charges:  Wombat, (who is innocent and would never do naughty things) was charged by Dick Van for calling Hash Humping whilst running down a dark alley. He complained that he was already stuffed and had nothing left in the tank to respond to the call.

Dick Van was charged for being behind Wombat and not taking up the offer. (Not that it was an offer)

Freo Hash was charged with hanging their dirty laundry out in public. They defended this by offering the crowd an opportunity of a life time to purchase the said clothing…..not sure how many rushed off to the sale???

Blank was charged for chatting

Special Runs: Our very own Cookie achieved her admirable 1100 runs

Virgin Runners: Too many fibbers to record all but the Harriettes were well represented by Mrs Slowcombe, Eager Beaver, Fi, Deb and Sue (Mary Poppin’s Brissie friend)

Returnees: of stolen goods that is. Anyname and Eager Beaver returned Hamersley’s Banner back to Spud.

Wind Up: The lucky winners of the raffles were called to collect their goodies. Songs were sung with lots of gusto and the stampede began. A delicious curry and rice was served and then the rain came down sending us all ‘on home’, sated with food, drink and another great Hash adventure.      .