Coaster’s Run according to Shorty 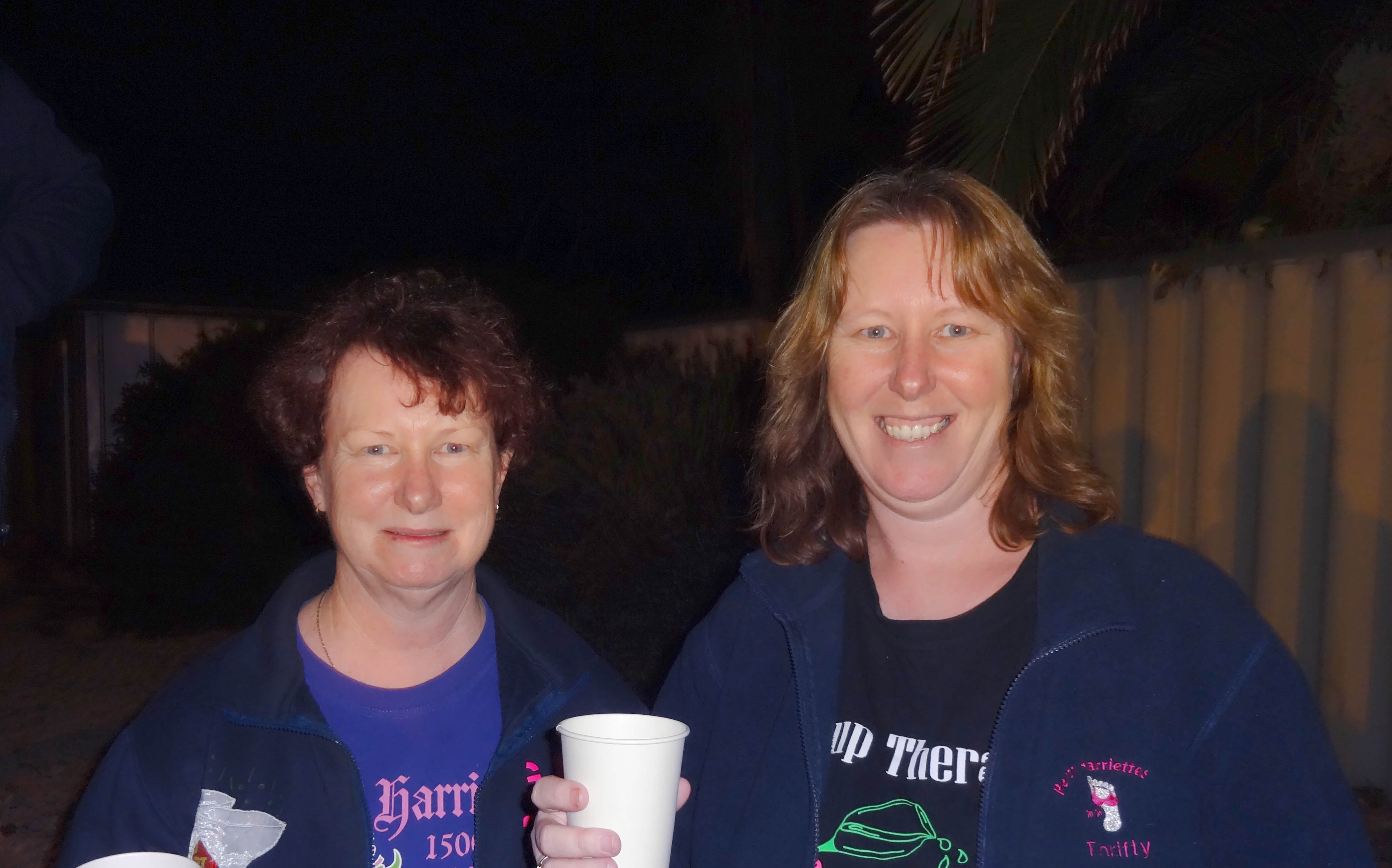 Another showery day had the technophiles amongst us checking the weather apps on the phones but there wasn’t a drop of rain to be felt.  The hare Coaster had prepared for the weather well by marking the trail in gyprock and flour – well done!

The GM Comet called us out the front and with some grumbling the pack drifted out the front for instructions by the hare – a short run and no bridges!

The usual suspects (BlewHe, Cookie, Mustang, Wenchy, Buttless and Rations) kept us moving along at a brisk clip, while Firefly and Matchbox did a stirling job of re-marking the trail so the meaderers didn’t go astray.  The trail lead across Benara and past Wombat’s old burrow before heading back home on an actual short run!  Last girls in (Kebab and LaFitz) where held up by Kebab going to the shops!

After the nibbles provided by the hare had been demolished the circle was called.

Down Down for hare Coaster and her co-hare Thrifty – well set run!

Returnees – Blew He got a drink as a returnee but more for her efforts on the Kakoda Trail.Sarge was thought to be a returnee but had only missed a week.  We must have missed her so mush, or perhaps she’s been quiet lately – not likely!

New Members – Fi and Deb have joined the throng with Fi also being inducted into the Perky Tit Brigade.  Comet, Blew He, ArseAbout and Match Box joined her to sing the Perky Tit anthem (and have a drink)

Birthdays – Thrifty and Good Year are getting older and had cakes to prove it.  There was a moment of gear malfunction as the sparklers failed to light but finally the burst into light.  Good Year then tried to blow them out much to the amusement of all and sundry.

Bitchy Britches – Rations passed them onto Wenchy for being Bitchy to the GM before the run.  Unfortunately no defence for that!!

Droopy Boobs – Show Off happily passed them to Good Year for her efforts in trying to blow out sparklers.

General Business – High Tea went well on Saturday with the afternoon stretching to evening and then late evening for some.

Dunsborough should already be paid for.  The bus is leaving at 1pm sharp according to the bus driver who is notorious for being late herself!

Hares need to remember to check the eating utensils are clean before the run.

Next week’s joint run starts at 6.30pm.  Bring $10 for the run and extra for raffles

Charges – Fi and Deb for following some randoms out on the run – don’t they know they should be following arrows!

Leopard charged some random for something that happened on Saturday – reversed!

Kebab charged Rambling for being caught late on Saturday night draped over a train station seat and not being able to use the High Tea as her excuse.

Anyname charged Kebab with getting on the wrong bus after the train trip after the High Tea.  Kebab tried to claim it was the right bus – the bus driver was just going the wrong way.

Cookie told a blonde joke and was rewarded with a drink.

And that was it for the circle except for the song….

Spag Bog for tea kept the noise level down and the birthday cakes finished of the evening.