Blew-He’s Run according to Buttless 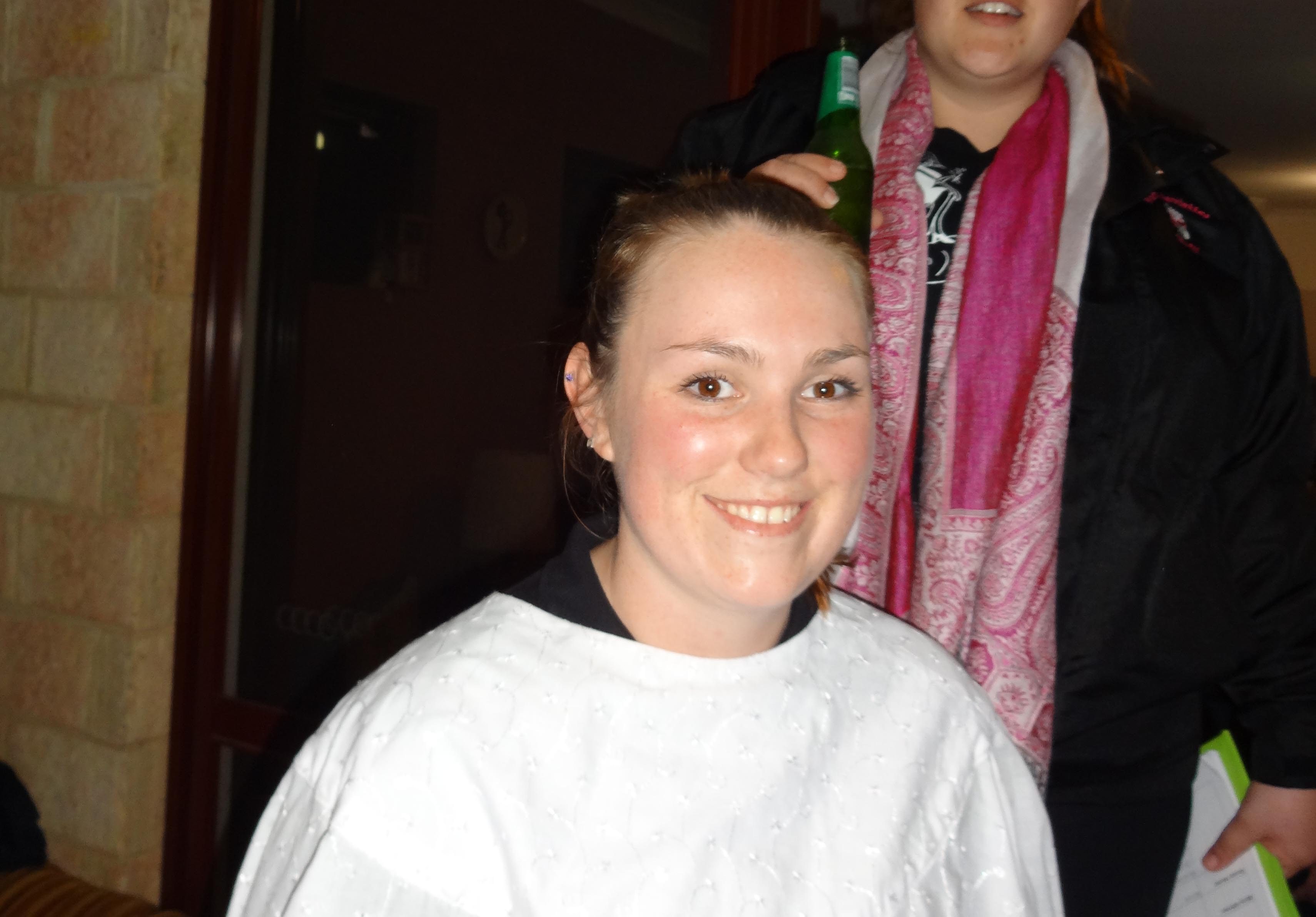 It had been a horrible cold wet day, but still the Harriettes turned out in force to support Blew-He on her Virgin Run.  Or maybe it was for Wenchy’s cooking…

Blew-He did a great job of “Live” Haring, with help from Wombat, taking us on a course that avoided most of the rain.  Octopussy took off down a false trail, but just kept going.  Cookie tried to chase Occy to bring her back, followed by Arzzy & Butt-Less, but Occy had decided she would do her own run.

Our Hare was posing and posing for her photo and ended up helping Hash Flash to take her own picture.  Cheapy couldn’t work the camera!   Finally with help from Mary Poppins and Blew He the camera problems were sorted.

Returnees:  Show-Off, and Minda who is just back from the Greek Isles.

Special Run:  Mary Poppins 500th Run.  We celebrated for her with cake last week while Mary Poppins was in Broome.  She was presented with a wonderful “500 Run” jacket made by Cookie and a “Spoonful of Sugar” lolly cake.

Droopy Boobs and Bitchy Britchers: – Xena was happy to pass both of these over to other deserving Harriettes.  Tip-em had been bitchy to Aunty Val, telling her to stand out in the cold and rain.  Show Off earned the Droopy Boobs for not knowing where her car was parked and for damaging the neighbours’ sprinklers.

The Busselton boys are bidding for Nash Hash 2015 and Pledges are wanted.

Habberdash – Kebab has found pink showerproof jackets at Rivers for $20.

Roll On was charged with not knowing how to park her car, she blamed Rambling.

Anyname presented Aunty Val with new condoms from Bunbury so she can throw out her out-of-date ones.  Anyname was charged with not finding anyone to use them with at Bunbury.

Cheapy charged Butt-Less for wearing a G-string at Bunbury.  Bumbo and Arzzy were called out for a drink as well.

Cookie was charged for making Mary Poppins 500th jacket a week early and also given a drink for having the best penis in Bunbury.

Lost Property:  Butt-Less gave Firefly back a hat left on her bed at Interhash.  Kebab was reunited with her favourite purple pillow she’d left in Bunbury.

Blew He was given a drink as she is in training to do the Kokoda trail.

All the Harriettes (plus Pearl) that attended Bunbury’s celebration run in the weekend were called out for a drink.  We were the best represented club there.

Circle was over with the singing of “Bouncing Boobs”

Thanks to Blew He and Wenchy for another great night.