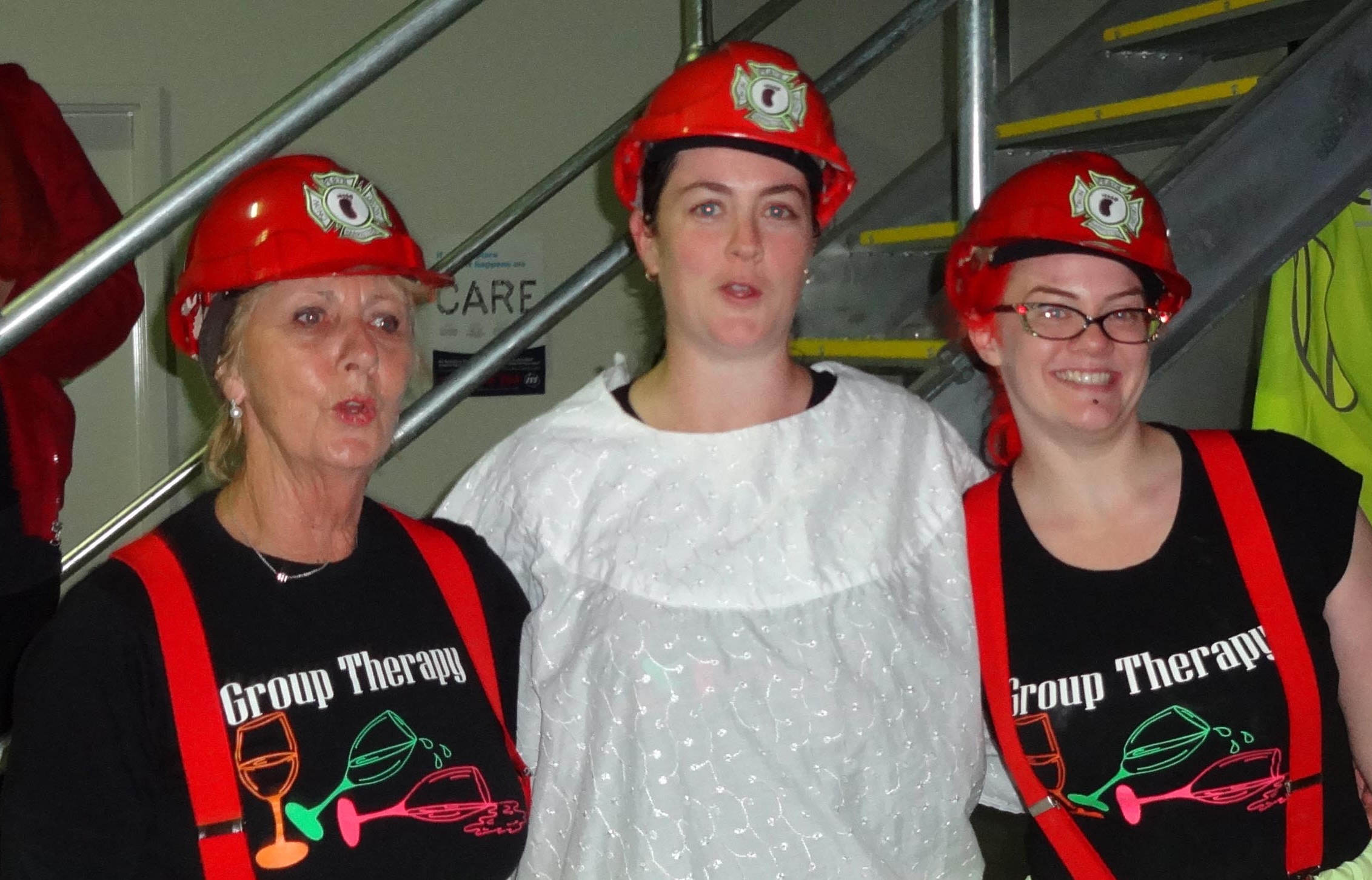 Well did we get a work out! Pushing a pram on mixed terrain can be difficult without a 4wd. Little Ollie got a nice bumpy ride. We pushed; we pulled and carried him through! Good work Firefly a nice run through the Wangara industrial area.

On to the first circle for the 2012/2013 committee and Comet has assured us it will be the best committee EVER. So let’s hope she can deliver! Firefly our hare and co hare Match box and Sarge were up first for a down down. We had a few visitors Anne, Eddie, Nicole, Mantas Muncher and Smithy up for a down down. Xena has returned to the pack and Dynamo back from setting up house in Bali. Freebie and I celebrated our 50th runs, Comet made it to 100 and Sarge 1350! Way to go Sarge that’s a lot of runnin! Gorgeous celebrated her 65th birthday with a surprise visit from her daughter. Firefly, Match Box, Tip’em and Sam are also one year older and wiser…? Hmmm.

Xena of course got the bitchy britches and the droopy boobs. Droopy boobs where warranted as Xena mixed up my and Freebies photos in the annual.

Firefly was handed the herk berk after a few too many at the Agm run. Roll on was also charged for having a day off recovering from a hang over after the Agm.

Charges went to Night fill for telling Tip’m she didn’t suit red. Don’t listen to her Tip’m I think you looked HOT.   Occy, Firefly , Match box and Rations were charged for completing the women’s Mud rush competition. NO NO and Anyname were charged for being pregnant and Aunty Val awarded them with some contraception. Although they were 13 years old so that might not be the best form of contraceptive for them…. Aunty Val why did you have condoms in your hash bag…????

Dinner was delish with a mixture of meats, salads and carbohydrates. Careful of the mustard though ladies, Freebie and I got caught out and that mustard was HOT. Lots of cakes to top it all off. Well done ladies some delicious cakes and even enough to take some home for tomorrow’s lunch.

It on on to my run on Tuesday in Padbury I thank Roll on in advance for her hospitality and help. I hope it doesn’t rain!!!!

ON ON Lone Ranger