AGM 2012 according to Matchbox 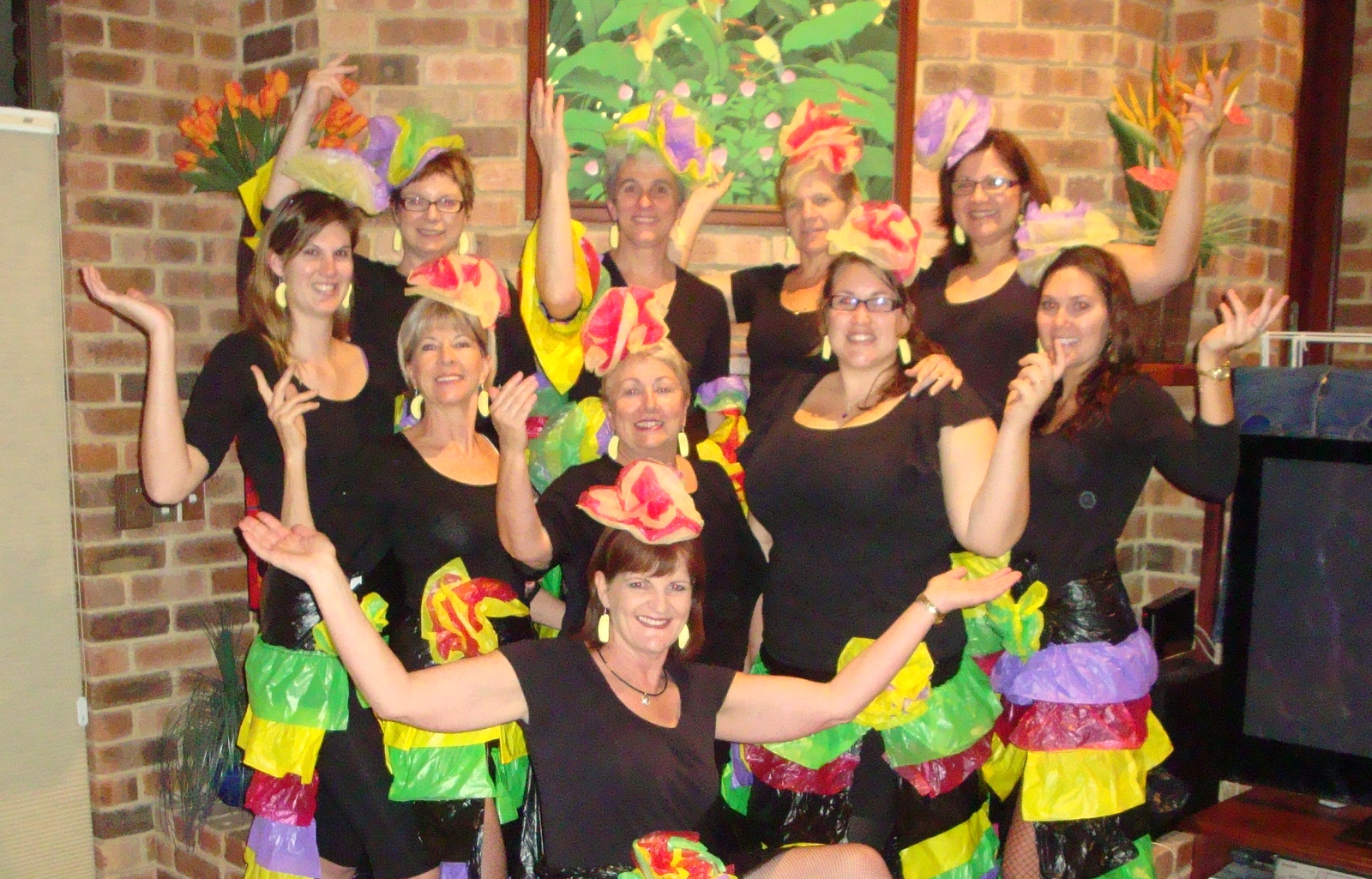 Knowing that they wouldn’t be allowed into the venue until 7pm, Firefly and Matchbox decided to kick things off with a drink over at the Bowling Club.
As all Harriettes know, one drink leads to another and so when they eventually got themselves across the road, the pack was already heading out on a token lap around the block, led by Rations.

After arriving back at the RSL hall, welcome drinks were handed out and the well dressed crowd gathered in the line for the very popular photobooth by pictures4you.com.au (you can see the photos by visiting their webpage and using the password ‘shipwrecked’).

The horn sounded and Xena ran her last circle as GM. Rations was given a down down for haring the ‘run’. Comet was charged of course- keeping the droopies and the britches for one last week before her ‘immunity’ begins. There were quite possibly some other charges – but by now the drinks were flowing, and most of us were ‘down owning’ with them!

100 flies presented a screening of her hash documentary, starring some of our Harriettes. There was much applause, and everyone agreed it was a job well done. She really
captured the spirit of hash; the fun we have, and the way our ‘hash family’ pulls together to help us through the hard times.

The exiting committee performed the Harriettes Mambo Number 5 – dressed to the nines in their ‘glad’ rags. We all had wondered why we weren’t allowed to eat their tasty banana earrings at the beginning of the night!

Comet presented flowers to Xena on behalf of the outgoing committee, before announcing her new lineup. Big cheers from the crowd as Anyname was announced as Comet’s On Sec.

Annuals were handed out after the big reveal – we all took a quick flick through (and a trip down memory lane) and looked back on what a wonderful year we’d all had.

Somewhere in there, we were served delicious food – a full roast meal and a choice of dessert – pavlova or cupcakes (or both!). Splash was free-flowing all night. Well done and thanks to Xena’s committee for a wonderfully organised night. As part of the new committee, we’re sure everyone will agree that we have big shoes to fill.