Dribble’s Run according to Aunty Val 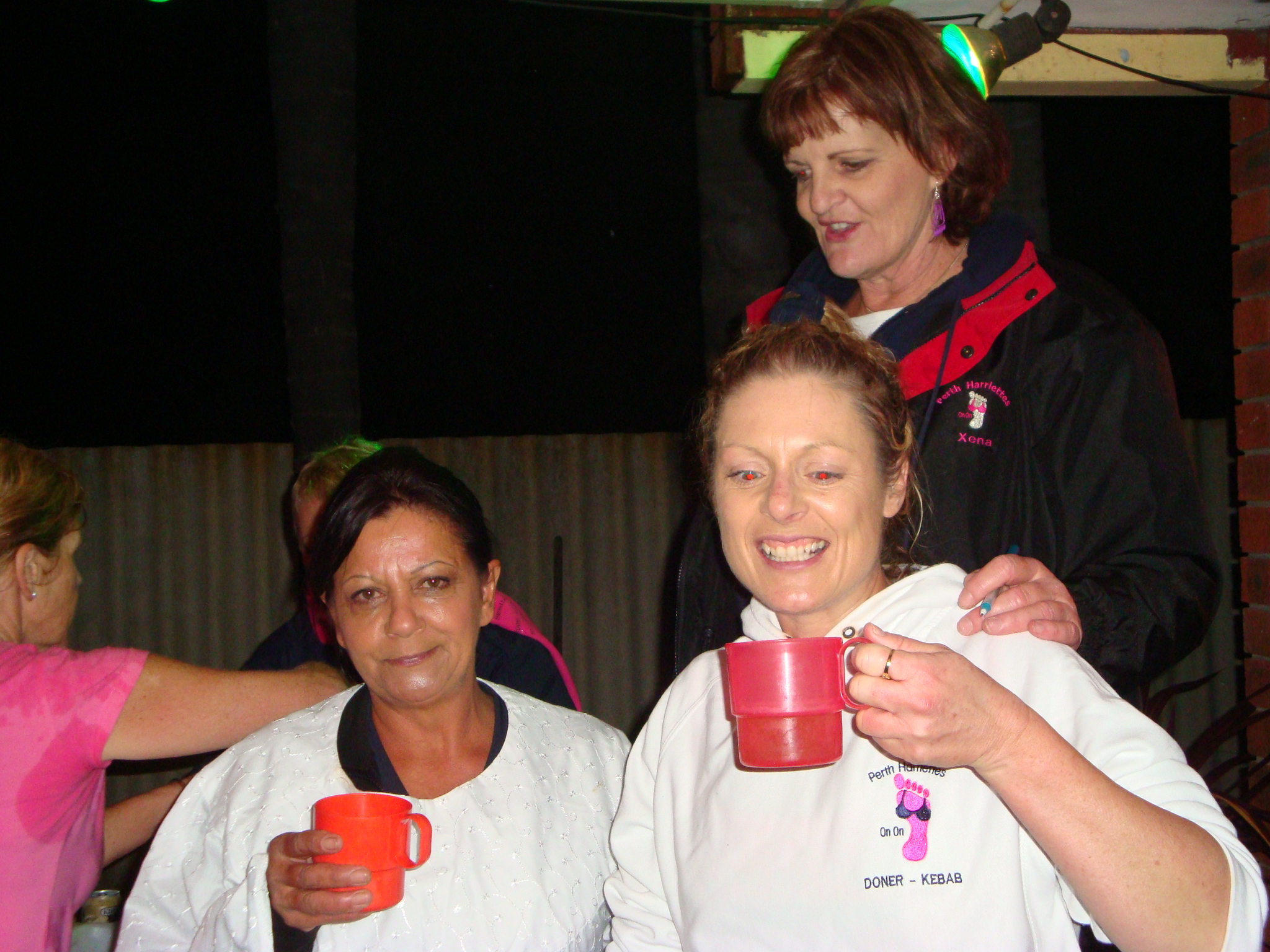 Another wet Tuesday night.  The only dribble that mattered though was our virgin hare, Dribble, who’d been wisely advised by her experienced non-virgin co-hare, Kebab, that live hares would be the go.  There were three of them but I was suffering from apoplexy after GM Xena asked me to do the write-up so I only heard Kebab tell the walkers where to go for a nice stroll around the park. The rain had stopped and many of us enjoyed just that.

Thanks to Dribble and Kebab for another top, well-planned hash night-great run, delicious curry and rice and the best Tuesday night company anyone could wish for.

Joining us for the night were On Heat’s daughters, Alison and Natasha, a birthday surprise appearance for their mum-thanks to Good Year. They brought a birthday cake too. Yum! Something about Mary also had a birthday drink and from Cyprus, holidaying here for the first time, Smith the Stiffy and Mantas Muncher to celebrate her special milestone birthday.

Wenchy handled a 69er with, “style and grace,” so I heard from someone who knows about these things!

Cheapie avoided the Bitchy Britches from CTD only because Comet simply had to have them along with the Droopy Boobs and more charges than the Spanish bulls BECAUSE WE CAN!  Look out next week!  On any other night the britches and the boobs could have gone to Wenchy or Sarge.

Even Stevens called on Comet for an On Sec job well done then made us all laugh with one of her renowned pithy jokes.

Xena thanked her hard-working committee members who have contributed so much to our club.  Thank you too Xena for a great year.

On On!  Aunty Val