Guide Dog’s Run according to Kebab 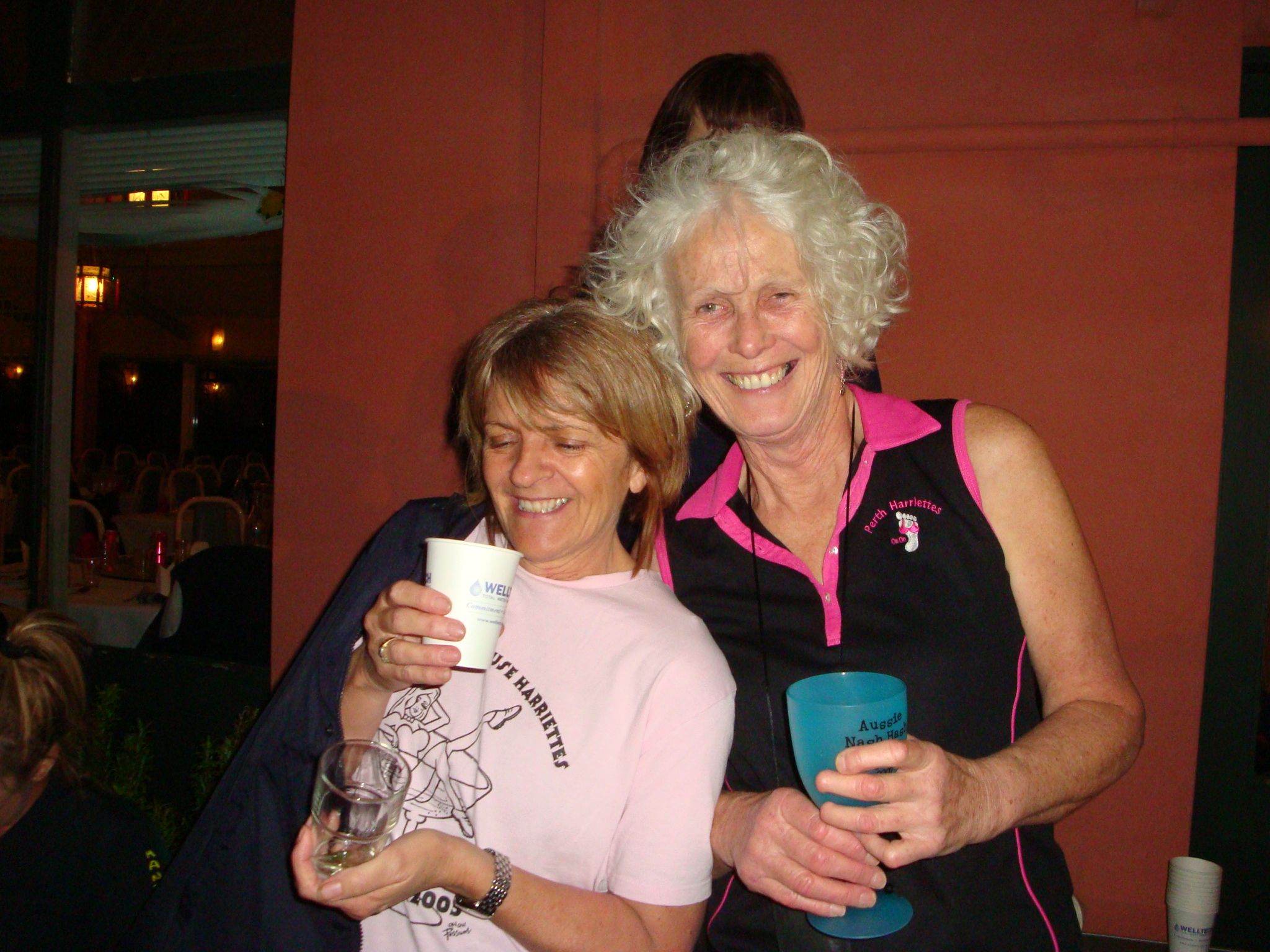 Run started from Ocean Dragon Chinese Restaurant.  Rain had been predicted but there was hardly a drop!  Well marked  trail  with lots of different running terrains including a bush walk/run through trails of Star Swamp.  The circle agreed  it was a fantastic run with native wildlife (rabbits) even being spotted and we hadn’t even had a drink yet!

Jam Tart had to be stopped from pulling money from her bra so the circle could continue – we all wonder what she had been up to – perhaps she was selling drinks on the side???  No, she was collecting the Chinese dinner money!

Returnees:  Lone Ranger, Gossip Girl, Miss Muffet and Thrifty (all had been on exciting holidays including Broome, Japan and NZ – lucky buggers!)

Cheapskate celebrated her 269’er run with a close encounter with the blue balled banana!

Tutti Fruitti celebrated her 251st (which was really a belated 250th from the week before!)

New Shoes:  Thrifty dobbed in by her sister for wearing some “choice” new shoes purchased in New Zilland for a bargain which
was quickly converted to A$150.  Cheapskate was impressed with Thrifty’s bargain hunting – always on the lookout  for one are these two – a cheap bargain I mean!

“One sister
drinks, all sisters drink!” was heard from the crowd but it was decided  that the “sole sister” could do it for herself.

Cookie had a celebratory down down for her upcoming lady-of-leisure days!!  Congratulations Cookie!  It was announced that we were all welcome at Friday Hash’s run on 3/8/12 to celebrate Cookie celebrate retirement!

Subs are due!!!  For free AGM please be a fully financially paid up member – just like Zippie is!!!

Down Down for Mrs Slowcombe who was Perth Harriettes publicity marketing agent of the night – handing out Perth Harriette business cards to fellow diners at the Chinese restaurant.  Once up for the S…T..F…U. down down, still not shutting up, whinging about the scars received from stiletto heels and her son not being married off yet but had met an Irish girl (no doubt we will be updated on the life and loves of Mrs Slowcombe’s son next week!)

Gossip Girl was definitely back and also talking too much – she had missed out on lots of gossip whilst being away!

Lots of lost property from Xmas in July run at Anynames’ last week.  Obviously a very, very merry Xmas was had by lots!

Guide Dog announced a fundraiser for St Barts – Moneymen live broadcast on 9/8 – a separate flyer to go out.

We celebrated Even Stevens’ new grandchild with a down down for the Granny – Mrs Slowcombe is soooooo jealous!

Guide Dog finally remembered that she did actually have a co-hare in her friend/not friend Roll On – who promptly gave her the bird from the back of the circle!  Roll On then yelled out that she was the one that had done all the hard work, the false trails, etc but happily came up for the down down and I think they are friends again!

Tip’m was charged for giving out hair advice.

Mrs Slowcombe was given another down down for just not shutting up all night!

Everyone was looking forward to the Chinese food and chose to drown out the circle with our song… not before Dribble’s phone
started ringing in the circle but she got away with it… and not before Mrs Slowcombe took another chance to rave on about her “wonderful son” again!

On On inside to a scrumptious Chinese dinner!

Great night had by all – thanks Guide Dog (and Roll On!!!)