Anyname’s Xmas in July Run according to Kebab 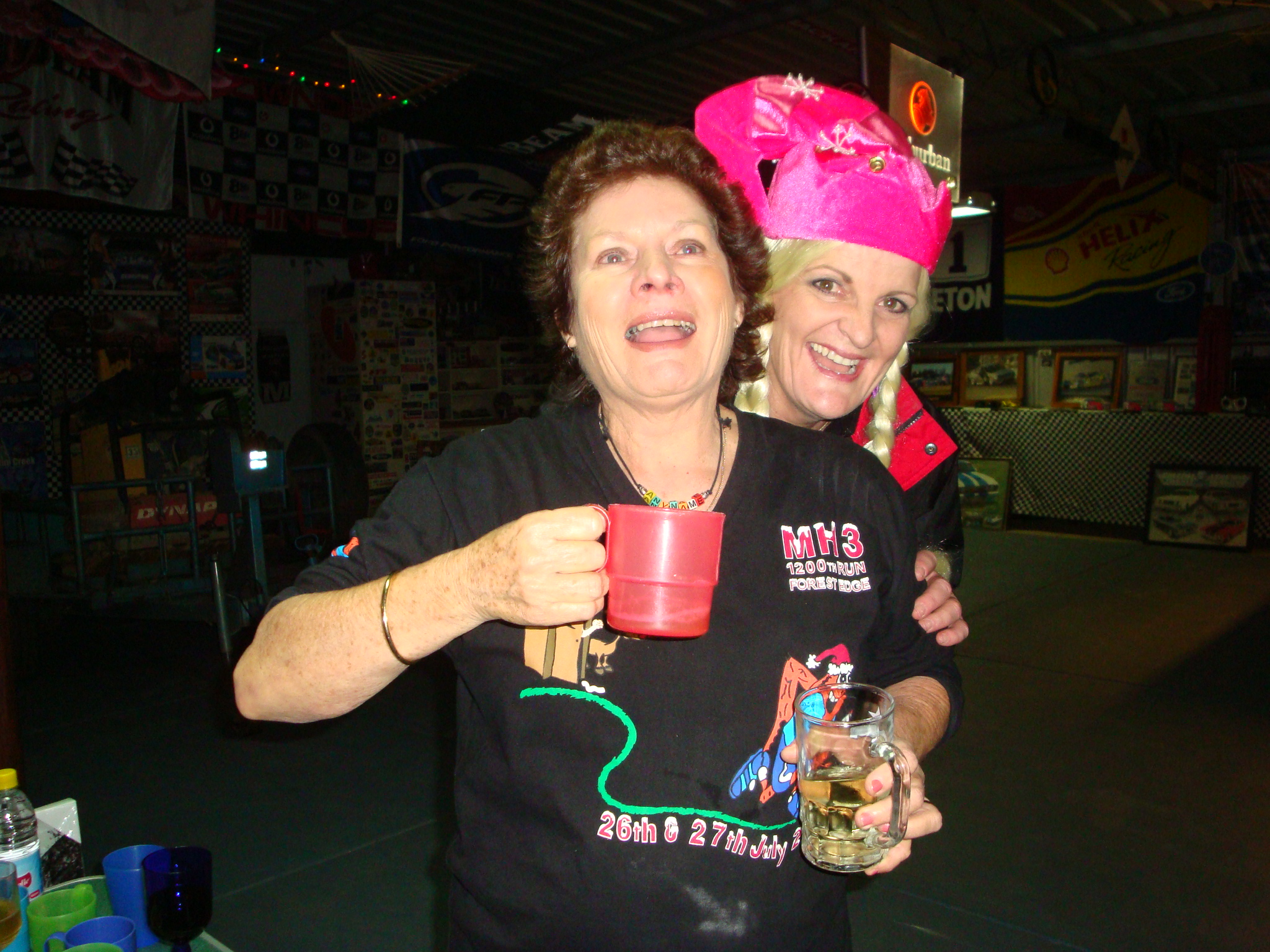 Twas a night in July, when all through the shed,

Not a vehicle was allowed in there, not even a sled,

The Med-angels were hung on the xmas tree with care,

In the hope that Sarge’s bus would soon be there.

The Harriettes were snuggled all warm in the bus,

And Anyname in her Xmas hat and Dave in his shorts,

Had just settled down for a nice glass of port.

When out on the gravel there arose such a clatter,

They sprang to the shed door to see what was the matter,

Away to the bonfire they ran like a flash,

And welcomed the busload who had all come to Hash!

They had had quite a skinful in roadies on the way,

The queue to the dunny was the only running on that day!

They gathered around in full xmas gear,

Kept drinking away, it was all in good cheer!

The crowd gathered so lively and eager,

I knew in a moment it must be Saint Xena!

They called ‘On On’ and headed down the gravel road to the gate!

On Comet! On Jam Tart! On Mary Poppins and Rations,

On Dynamo, On Topless, On Donner Kebab and Camel!

Now dash away, splash away and Hash away all!

And then in a twinkling the run was done.

They all headed back to Dave’s shed for the fun!

The circle was held and the visitors were welcomed,

The charges were charged and the down downs were swallowed!

The helper elves were thanked, there was even ‘white xmas’,

And of course thanks to our Sarge for driving the bus!

On on to the roast dinner, custard and plum pud,

Anyname must have learned to cook – we never knew she could!

Xmas carols were sung and a good time had by all,

‘The eskies are getting lighter’ I heard Rations call,

And I heard them exclaim as they partied through the night,

‘Merry Xmas in July and to all a good night!’