Ex Gm’s Run according to Anyname 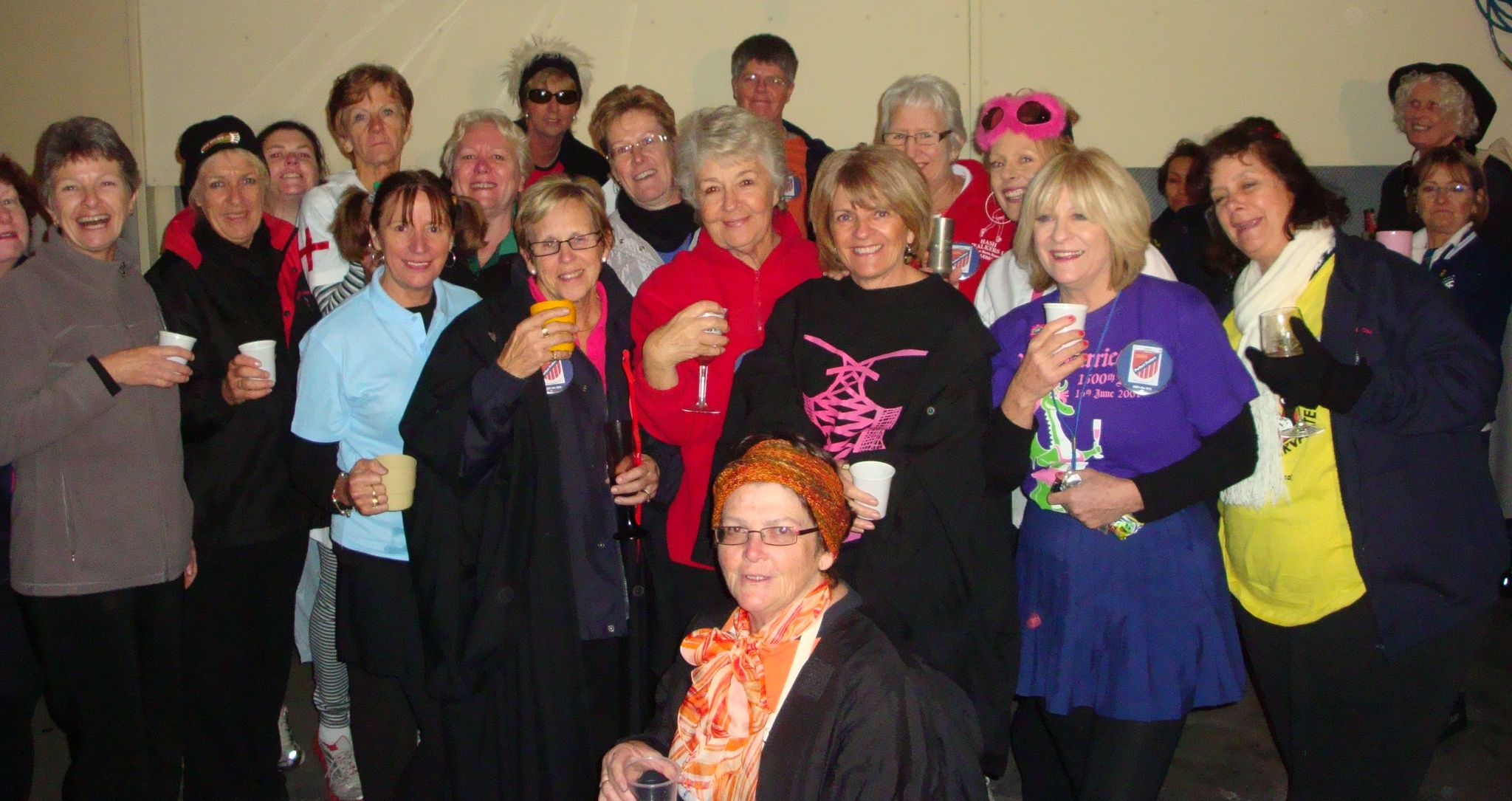 The school bell (“horn”) is blown and all the mistresses and nerds gather in full school uniform immediately.  Slowly the other students assemble – well not all, some were caught wagging out the front, surprise, surprise – Gorgeous, Backseat and Camel!  (with a faint whiff of cigarette smoke too!) and they didn’t have a late note!

Headmistress Sarge sternly instructs all staff and students to ‘Hash School Quiet!’, puts our naughtiest student ‘Xena’ (who was caught drinking alcohol) right under her watchful eye and introduces all the ex-GM’s – fantastic to see ‘relief’ teachers Tex, Tinkerbell, Turtle, Two Rocks (did they only have ‘T’ names in the Harriette olden days!) out of semi-retirement and attend our special school night (yep, we sure have some sssshpecial students here!).  We were missing our Ex-GM Student Counsellor Aunty Val who was sadly off on compassionate leave.

‘Sports Mistress’ Wenchy (who has just arrived back from extensive overseas Olympic training of elbow bending) threatening to get these girls into shape!  The staff and students assembles at the front of the school and are led down to the sports ground.  Headmistress Sarge co-ordinates the faction races and students are requested to either participate in Cross Country or sprinting.  I didn’t see much sprinting or running but a lot of staggering, waddling and whinging was going on!  If you’re cold girls – run!!!!  Lots of competitive sprinting happening between Firefly, Matchbox and Dynamo (sucking up to the teachers!), Sphinx and Cleopatra were heard yelling “chippy, chippy, chippy” rather than On On! and attempting to steal the prizes from the teachers!  Perfect prefect Jewells sat out again “coz she had her period”.

Bad Sportsmanship awards (not because they were “bad sports” but because they were Bad AT Sports!) were presented to various teachers’ pets and Firefly and Matchbox kindly donated their prizes to Freebie (coz she just likes to get a Freebie!).

Students were directed back to the school but Dribble (the school tart) couldn’t resist in attempting to pole vault a copper log and managed to get it stuck fair right up her skirt!  The Religion Mistress (Home James) (whip in hand!) was jealous because she’s been there before!

Students were given a faction colour and directed to the Art Rooms where they found their correct table with colour matching playdough and instructed to try their hand at sculpturing.  Obviously lots of students had been drinking which assisted in their wild imaginations of a decent piece of artwork!

Blue faction had only one thing on their mind and Professor Kebab (Science Mistress) was impressed by the many phallic symbols and pussies on display and noted that Puddles, Dribble, Headbanger, Oasis, Mary and Commando had obviously seen a Cockatoo!  Play lunch was served and the students enjoyed a nice healthy snack incorporating the five food groups.

Assembly (circle) was called by Headmistress Sarge and roll call was called.  All students were present.

Mistresses were asked to pick the best creation and winners from each faction went to the top of the class to receive their merit awards.  Winners were:  Freebie, Puddles, Deaconess, Cheapy, Eager Beaver, Zipit and of course the new girl at school won – Rhian (Visitor Scooby’s daughter) with an excellent voodoo doll of her boss!  Other interesting creations by the girls were ashtrays, vases, teeth, etc.

The ‘Best Girl at Head’ aka Cheapy was heard threatening to bash Dribble up (coz she’s a slut!) and arranging to have a ‘fag’ in the toilets (I assume she meant ‘a cigarette’ but you never know!)

Visiting students:     Corker (GM of Bush Hash) and Scooper (Perth Harriette “old girl” but she’s not that old!) and Scooper’s daughter Rhian were welcomed to the school with a drink.  Scooper nearly got the cane for not instructing Rhian properly how to down-down!

Returnee Stiffy was welcomed back with a down-down.

Dunces hats were given to Mrs Slow-cum, Nitefill, Cheapskate and Ballbreaker for their usual insolent comments.

Headmistress Sarge was so engrossed in her “bedside bible” 50 Shades of Smut that she physically abused Ballbreaker by nearly knocking her teeth out with her stick.  Luckily School Nurse Cookie was on hand with a bandaid and sorted BB’s eye.  Sarge was so concerned about poor Ballbreaker that she nearly wet her pants laughing and required another bandaid from Nurse Cookie in the crotch department!

Student Xena suggested a naming of new student “Mary” to be “Something about” and was agreed by the entire school and Sarge christened her with a little bit of Something in her hair!

Shorty was charged coz her skirt kept falling down and we don’t let our girls do that type of thing at our school!

Pumpkin charged because her hubby Sconi asked that she leave her school uniform on when she gets home!  Pumpy called him a “dirty bastard” and a “paedophile!”

Tex had made a beautiful quilt out of historical t-shirts and donated to the Perth Harriettes to raffle off.  Tex explained how the Harriettes were a special club close to her heart who had been there for her at her time of need and she wanted to thank everyone with a special gift.  Religion Mistress Homes James was the very lucky winner (must have put in a special request to the woman upstairs!)  It was decided to donate the money raised from the raffle to DJ’s Dry July cause – and the whole school cheered for Tex and DJ!

And then appropriately Tex led the school into our School Anthem:

“Who wants to see a miracle….”

Dinner was served by the mistresses of bangers, mash and peas and bread & butter pudding for sweets.  Some students dared to ask for more, and more!

Well done to all the ex-gm’s for a fantastic night!

On on to Xmas in July at Bullsbrook Tuesday (don’t forget to wear your xmas gear!)

Anyname (with a little help from Kebab!)