Bumbo’s Run according to Back Seat 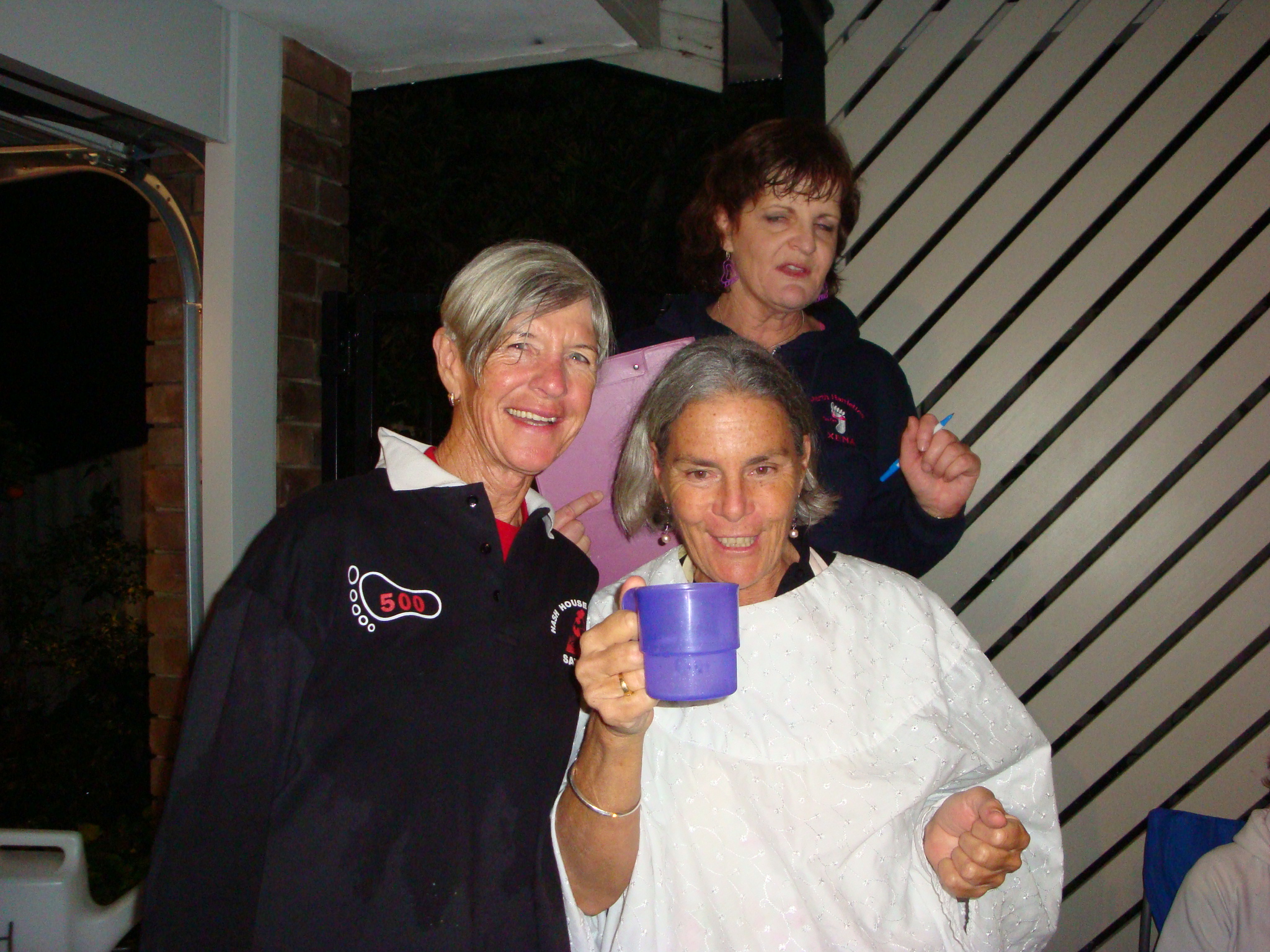 Bumbo’s virgin run with the help of co-hare Halfcut.
The weather was fine until xena and co. arrived! It was a tad wet and we came back looking refreshed and invigorated to
say the least! The chalk held out and nobody was lost. Always a bonus.

Visitors were Ann and Liz although we were suspicious that they didn’t do the run as they were completely dry!

Returnees were Freebie and Lone Ranger and Roll on. Lone Ranger wouldn’t shut up saying she was going away
again but we all ignored her. A drink for ‘the sisters’ with Coaster and Thrifty joining them for a down down.

Special run for Wombat….300 runs who received her Gold foot from The G.M(she is good at reef knots) congrats to Wombat.

Bitchy Britches weren’t present but Cheapie had a contender as Tippem was heard saying that Octart needed her beauty sleep.

Droopy Boobs were given to Mrs Slowcomb because she’s never had them before and Gorgeous reckoned she should get them for being blonde anyway.

Charges…
CTD charged Camel for being ‘precious’ as she said she couldn’t go on the run as she’d get wet.

Okky charged No No for saying she should go to Hash as a bimbo.

Rations was charged for photo bombing. Then Cheapie photo bombed hers!

Arseabout thought that running with the Hammersley mob was not attractive.

New shoes were denied by MrsSlowcomb and she got away with it.

The run book is missing( Comet got a drink for losing it) please let her know if u find it ASAP.

P.s
Can you please let the girls know that it’s best to park in Delgado parade or
Atlantic av next week as my street is a very small cul de sac.