Aunty Val’s Run according to Xena 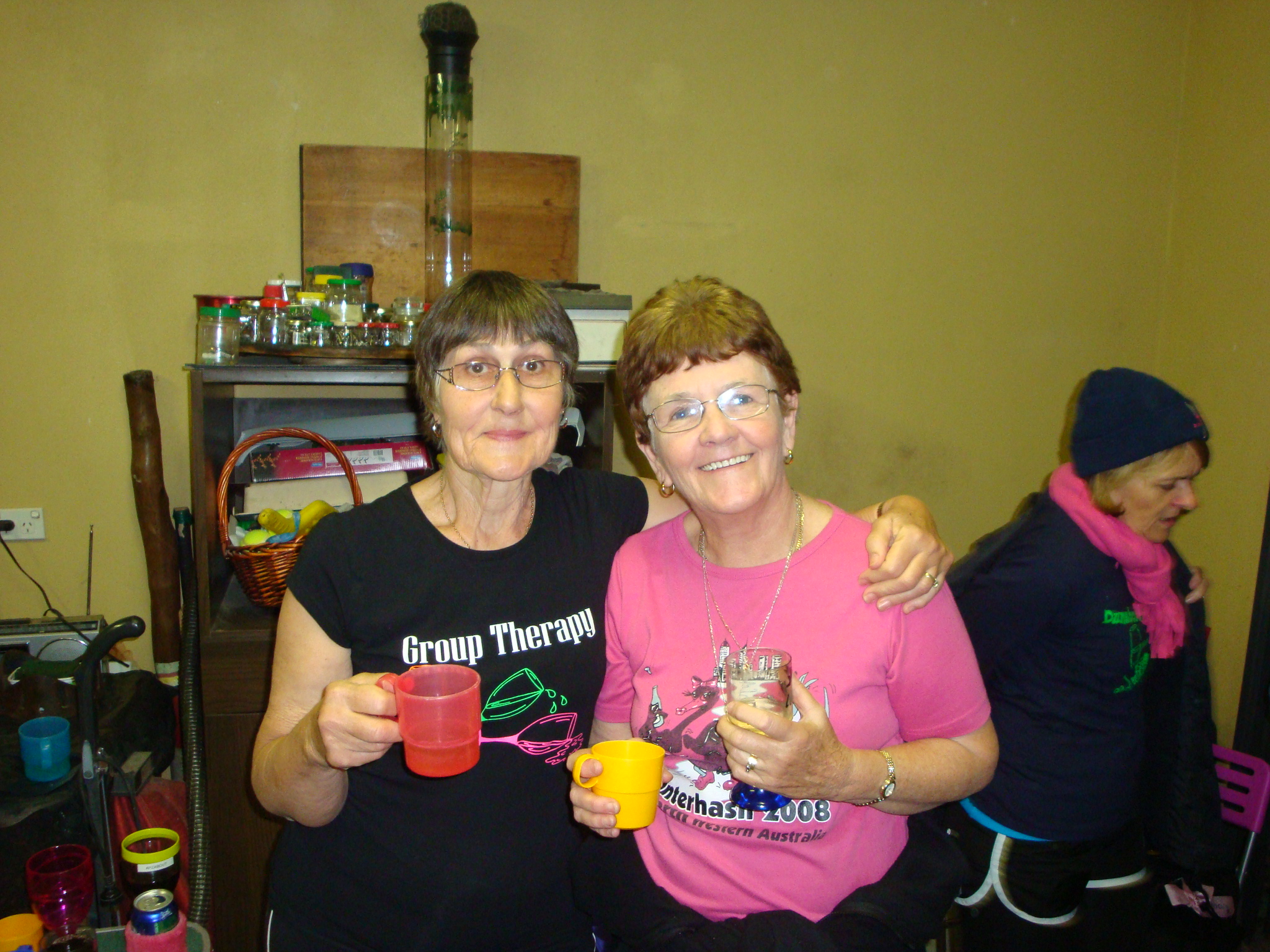 So it’s another Tuesday night and were else would you head if you wanted good company, bit of exercise and a yummy feed of Pizza and salad, Yep it was off to Aunty Vals, for a visit were all the crew was there, waiting to hit trail which was so generously marked with 369 or more arrows and with the help of Liberty it turned out to be a well marked trail with runners and walkers all coming back as a group, and getting a great workout. Well done.

Another  big night for returnees with the likes of My Sista, Liberty, Sarge, Fire Fly, Muddy, Maggie Broom, Fiona, Ball Breaker – which may I say  managed not only to get lost but to find a friend who lives local and stopped for a wine, I think there was a charge in there somewhere. Also Running Bear who again came with Cub in oven. (Again congrats let’s hope it’s another little Harriett, Maybe we could even name her Harriett???)

And the big announcement that our very own sparkle in the sky Comet, was proposed to by the lovely Adam in yet a very romantic way with a message in the sky pulled by a plane…WILL YOU MARRY ME HAYLEY. And of course she had to say Yes!!!! So to the both of you congratulations and best wishes for a long and happy future together.

We also welcomed a new member Mary, so let’s keep an eye on her and find her a name…

Down downs to Sphinx & Squatter who are of overseas, so we wish them both safe and fun filled travels.

Bitchy Britches started out  with no contenders and were destined to stay in possession of Arzie but to true harriette style, before circle was done Cookie managed to snare the Bitchy Britches by informing us all she wouldn’t be able to make the Indiana tea rooms Brekky because she & Rose would be in Croatia.  What a Bitch, What a Bitch, what a bitch bitch bitch.

Droopy Boobs – Roll on handed them for whatever reason to Coaster because i never can really get what she’s saying in that accent. 2nd time round for Coaster

Get your name on the list for the Indiana tea rooms Brekky Cost $35.00 must be paid in advance

Also the next sundowner will be held in the empire room at the Rivervale Hotel. More info closer to event time.