Seagul’s Run according to Thrifty 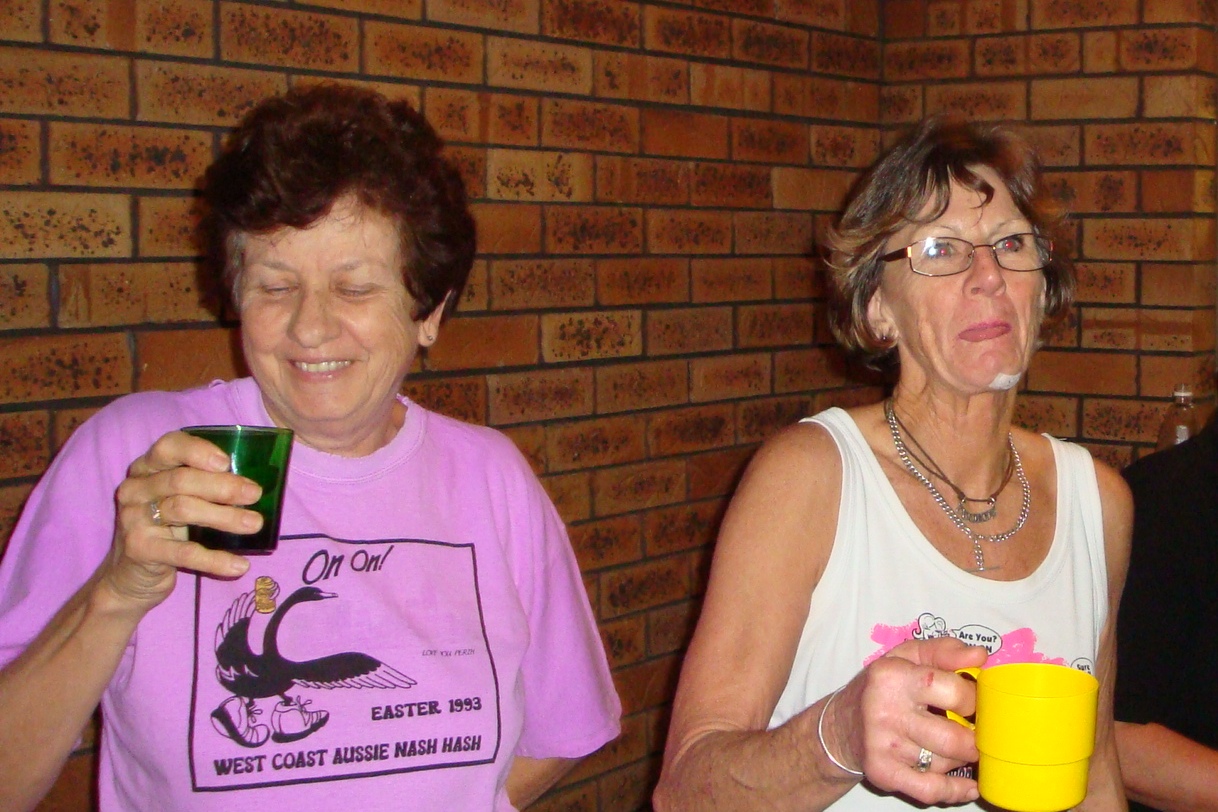 As luck would have it someone above was looking out for us die hard Harriettes as the rain stayed away.  We had a lovely amble around West Leederville and past Subiaco Oval (oops make that Patterson Stadium) and home again over a small (luckily for Coaster) bridge.  We had a very welcome dinner of jacket potato, chilli, coleslaw and I think another dish that I have forgotten all provided by Seagull and Cookie.

As Seagull was called up for her down down Cookie was also called but seemed to be a bit hesitant (something about looking for her cup).  All was not lost as finally Cookie appeared and the down downs were done (I think Seagull may have got two).

We had no visitors however Anyname was welcomed back as a returnee.

There were no birthdays although there was a bit of confusion about whether or not it was Rollons birthday this week.

The Bitchy Britches were passed from Showoff to Occy but I actually have no idea why, I missed the whole reason as there seemed to be a bit of other talking going on (that’s my excuse anyway).

Droopy Boobs were passed from Wenchy to Lone Ranger to Rollon. Lone Ranger was due to get them for asking Rollon when her birthday is but then Rollon got them for saying ‘What are you talking about – it isn’t even May yet’.

Rollon charged Judith for not wearing a Hash shirt

Mary for getting her finger stuck in a bottle

Crafty for leaving us and going around Australia

Wenchy & Halfcut were farewelled for their trip to Kenya

Kebab charges On Heat for something about leaving us early as she was on a promise but then it got reversed so Kebab ended up with the down down.

Last call for lunch at the Royal on Saturday, if you want to go let Xena know by Thursday.

See Camel to set a date for your run.