Crafty’s Run according to Wombat 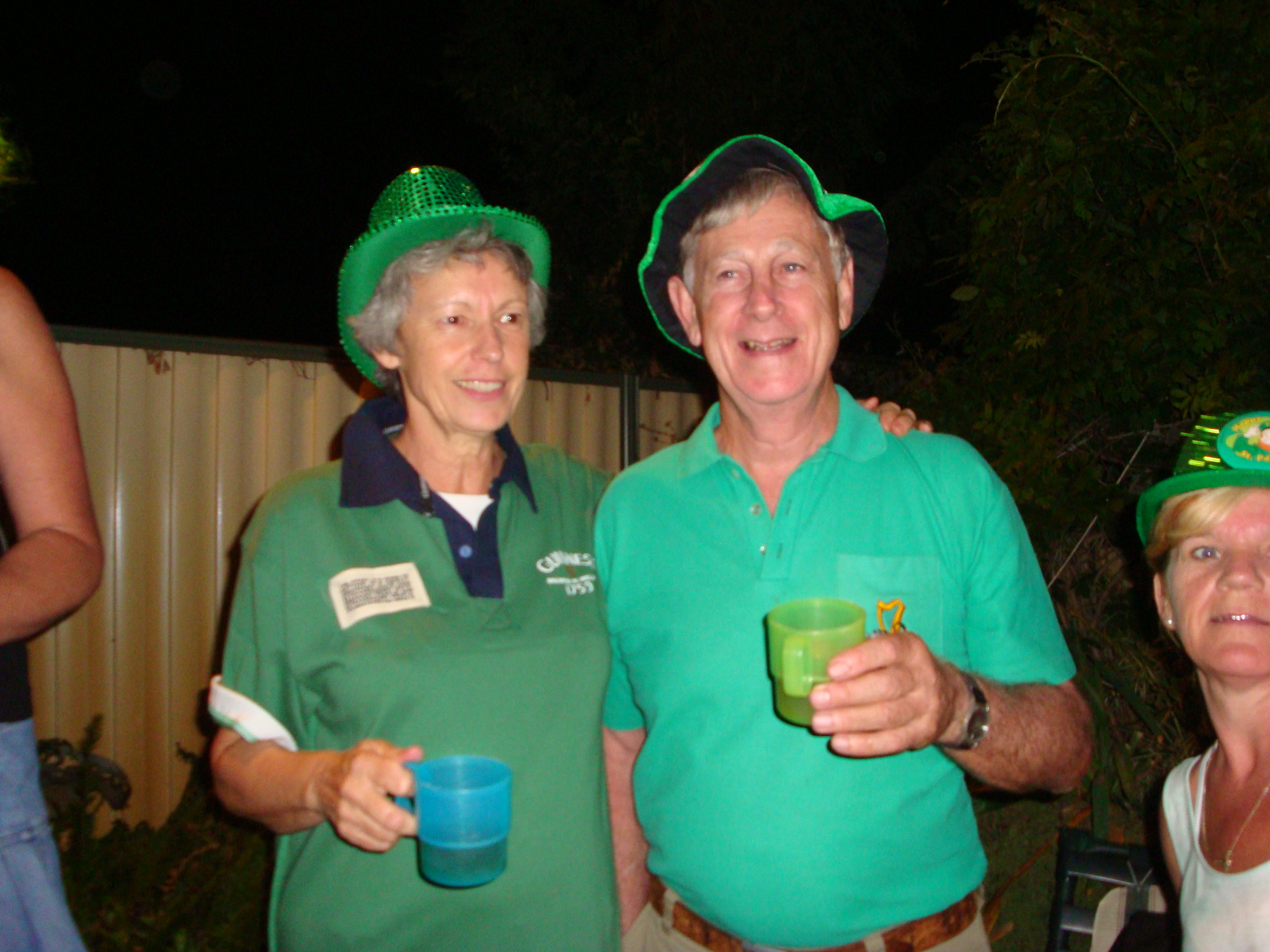 The horn was blown and everyone assembled out the front for instructions. “All on chalk but so are two other clubs so beware. Our arrows are the big & thick ones”….just like some of us I overheard a particularly ‘bitchy’ someone say but we were off and running so the person remains unidentified.

It was a perfect night for a run, walk or chat so everyone took off at quite a good pace. The run was well marked and took us through the beautiful suburbs of Yokine & Coolbinia. Crafty was our inaugural user of the HOOK and yours truly was our inaugural ‘HOOKER’. (Lucky it wasn’t our newest unnamed member Cheryl or she’d now have her Hash name.)

Hares: Craft & Bill called for a down down. Well done you two!

Returnees: About ‘bloody’ Time. What a great face to see back in our midst. Perhaps she might bring back some of the other faces we’re missing (Spook, Tie Die and co)

Special Runs: My Sista called out but she celebrated last week. I think the GM was after more cake.

Droopy Boobs: The call went out for Tickets but it was revealed that My Sista had them (and could keep them). HOWEVER!!  The GM was heard to say that she was amazed that Tickets wasn’t here, especially since there was a camera crew. Lucky the GM can’t get either the britches or boobs

A lot of rich bitches this week. Camel, Lone Ranger and I wasn’t sure so Coaster advised me it was Cleopatra …or the other one. (I presume she meant Sphinx)

The night was completed with yummmmy Irish Stew, sweets to die for and great company.

The nights are certainly getting cooler but hopefully the weather will be calm and dry.  Park in the Coles Carpark behind the shopping centre and bring your chairs just in case we flow over into another area.  Also bring more money.