Ration’s Run according to Crafty 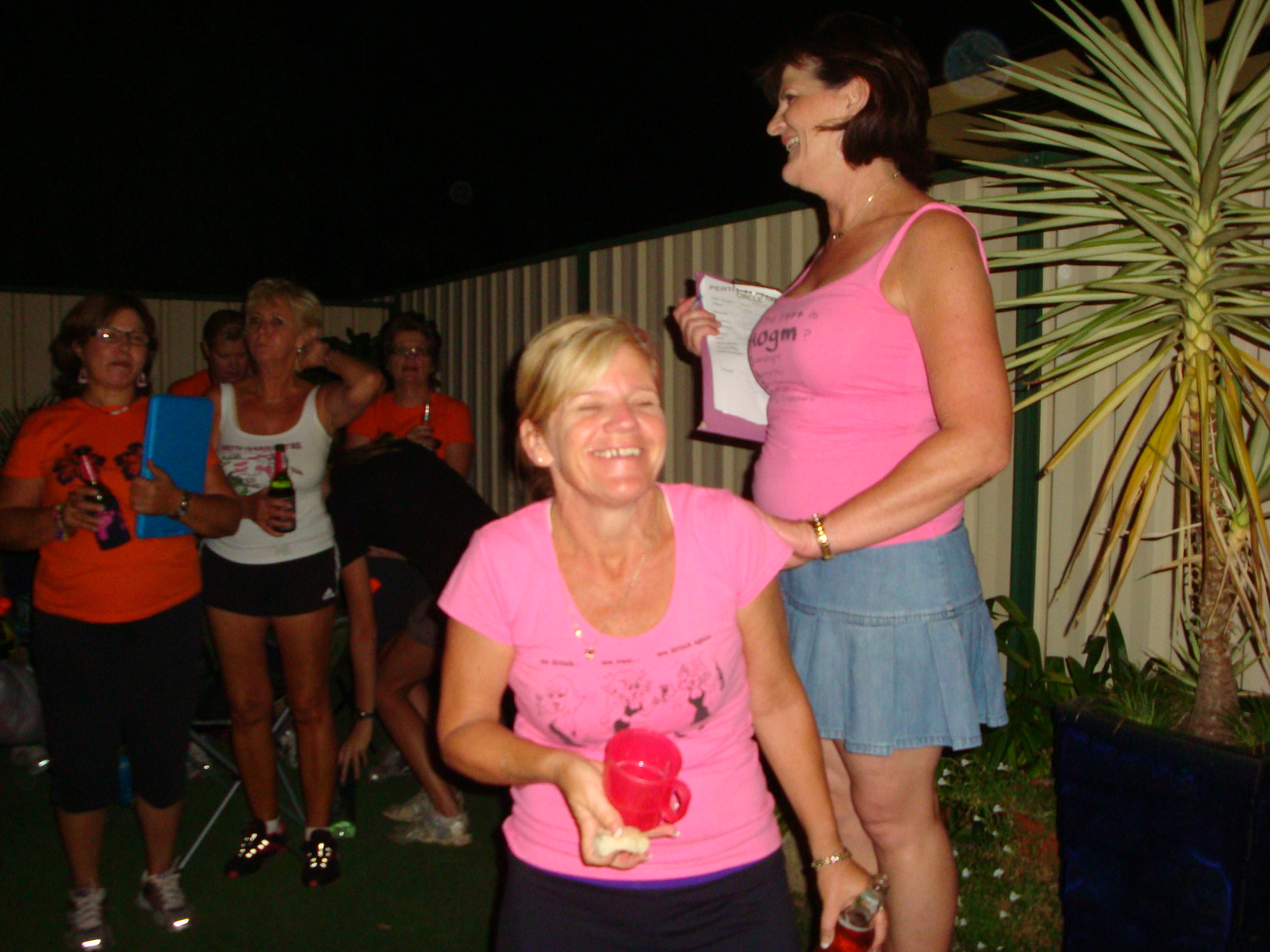 Another warm evening, and we were all out the front ready to run (or walk). Rations apologised for the lack of fish hooks, and asked us to look out for her watch which she lost when setting the run. So it was all eyes down, and off we went around the streets of Ballajura. Some of us managed to get separated from the bunch, but we all made it back home, thanks to CTD and her wonderful i-phone app. After drinks, and chat, and more drinks we were called into the circle.

Hare : Rations was thanked for a good run.

Birthdays & cakes : Camel, Backseat and Crafty. Thanks to the cooks.

Droopy Boobs given by Tickets to My Sista.

100 Flies and friends from WAAPA are making a documentary about HASH !!!! Some filming was done at Tatts Palace run, and the cameras will be at our next run.  So if you don’t want to be on candid camera, stay behind the meraman/woman. The cameras will be taken on the run, and some members may be interviewed later in the evening.

Run book : Please remember to mark the book each time you come to a run.

Xena thanked Concorde and Screwy for “saving her bacon” at last week’s run.

Shorty called up for a down down because she found Ration’s watch.

Sarge tried to charge them too, for taking her to one of their gym sessions, but the charge was reversed.

Rambling charged Tickets for admitting to having droopy boobs.

Shorty charged Concorde for frightening the girls (hard to believe a Harriette would be scared of a mere male.)

Coaster charged Sheryl for wearing yellow and looking like a banana. Charge reversed.

Nightfill charged Tip’m for carrying a bike (found on the verge) for most of the run, only to discard it near home.

A great rendition of “Who wants to see a miracle” , and a feed of hamburgers and cake.

Thanks Rations, for a great night.

See you all at my place for Irish stew ala Bill. Remember to bring your loved, but unwanted clothes and accessories.