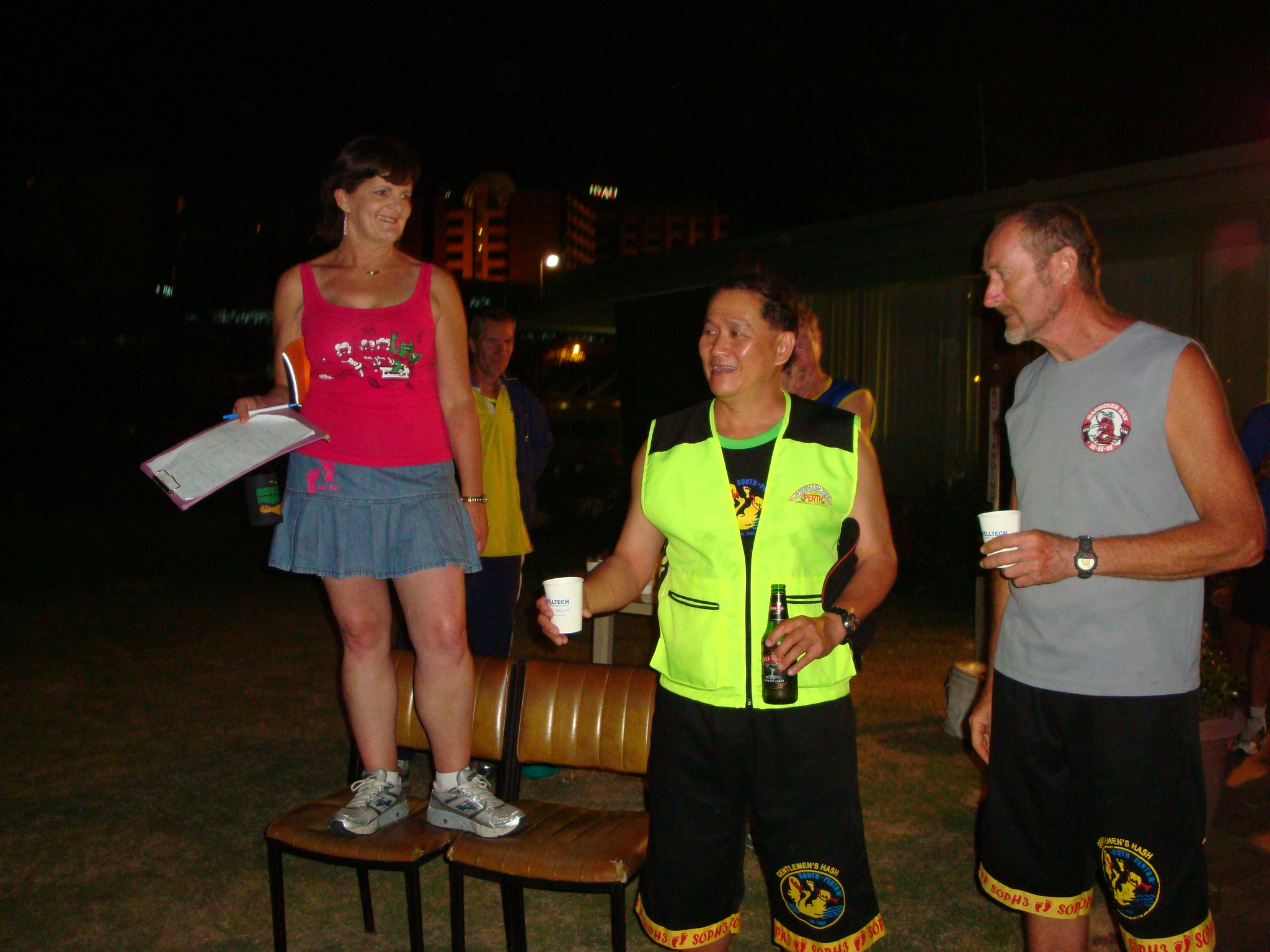 They came, they drank, they conquered!  Harriettes and Harriers from many clubs turned up at the Tatts Club in East Perth in order to celebrate the joint Tatts / Palace Run.

Circle was called and those at the front were treated (?) to a preview of Xena’s knickers as Screwy the RA  kept punching his “glove” up her skirt!  Cheeky!

For those that are lacking on the knowledge behind the TATTS RUN I have padded this write up out with the HISTORY – kindly provided by Super, Sarge and MTM!

Originally there were only four clubs involved…. Hamersley, Perth, Perth Harriettes and Bullsbook.   For the food each club was asked to supply a curry and rice which was shared and served from pots.

Peter Northwood moved to Rigby’s Tavern in the Forrest Centre in 1991. The Palace run continued from the basement of Rigby’s with the condition that plastic be placed to cover the floor.  Peter obviously was aware of the messy hashers of previous.  Later, the On On was moved to the outside area of the Tavern.  Rigby’s supplied the food of curry and rice for each run. The joint runs were hared by Miss Piggy, Ding Dong, Waddles, Cookie, and Blush from the Perth Harriettes.  Hamersley and other Perth clubs also hared the runs.

Rigby’s added a roof over the existing open space increasing the noise level making it difficult to hear. In 2005 a decision was made to move the Palace run to another venue. Mr Wong from Perth Hash suggested that the restaurant used for their hash lunches in the City be tried.  Although a good venue, the tiled floor, because of the slops on the floor, was far too slippery.  Mr Wong hared this run.

Roo-Ted from Hamersley suggested the Tattersall’s Club in East Perth. The Palace run continues today at the Tatts Club with many more Hash Clubs involved. Different Clubs take it in turn to hare and supply the food.  Also, the club organizing the run nominates a particular charity of their choice.

On On The Palace Run