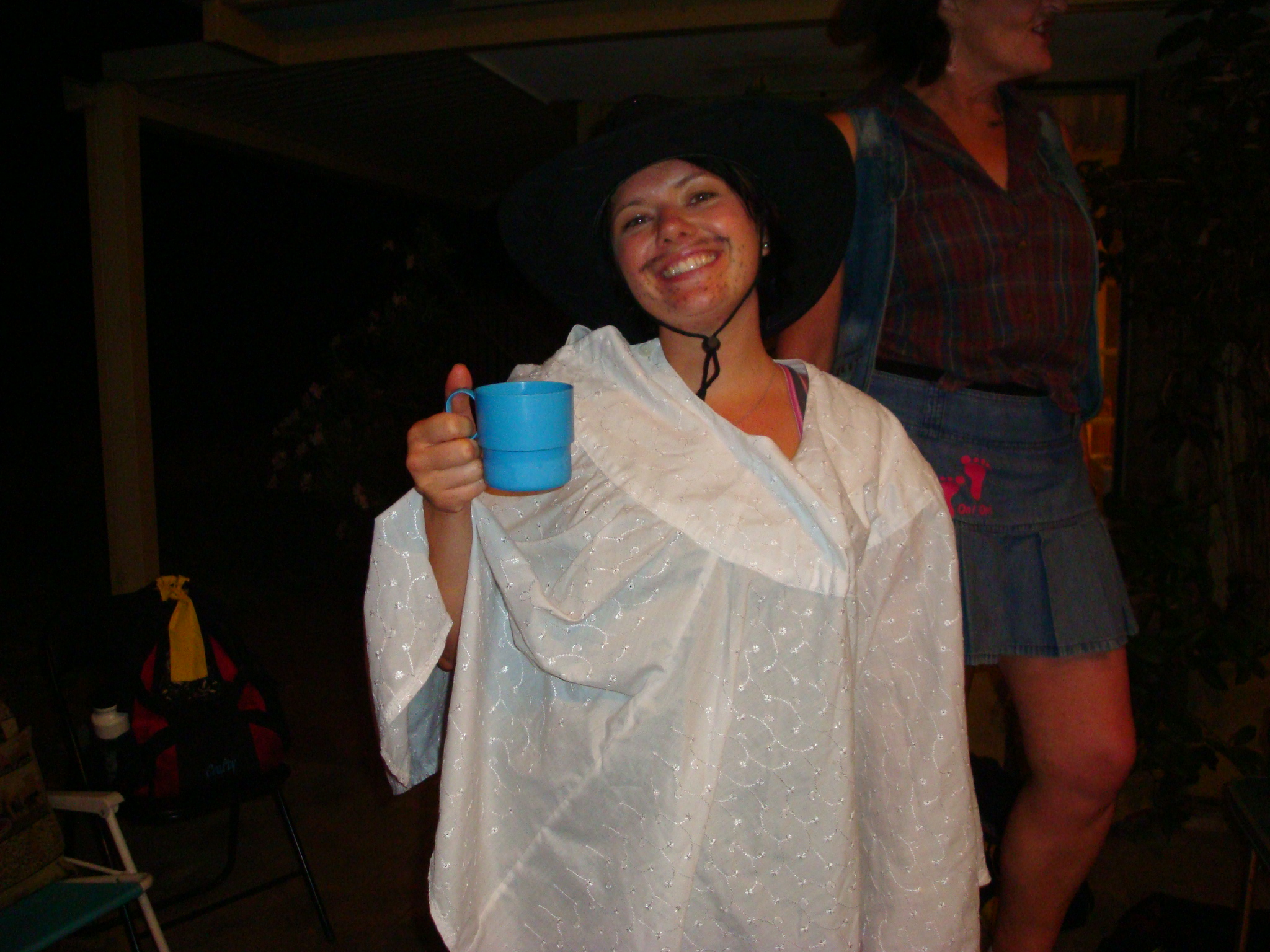 A very well set western run had us travelling together as a pack through the wild streets of Warwick. Fortunately we made it back with no gun battles and with most of our moustaches intact.

There were plenty of returnees (Topless, Yo, Show Off and Airbags) welcomed back with down downs.  Leopard and Show Off celebrated special runs and then the never-ending parade of birthday girls was led out.  Squatter, Guide Dog, Cheapy and someone else but I’ve forgotten exactly who… Ha ha, how could we forget that it was Lone Ranger’s 21st birthday???!!!!!

Ball Breaker took home the bitchy’s for agreeing with Cheapy’s hat, which wanted to strangle her, and Tickets retained the Droopy’s for not showing up to the run (how droopy is that!?)

Rations and DMD had new shoes and took a toe-jam down-down, yum yum.

Charges were on Freeby and Roll On for making Lone Ranger drive on her birthday run, Dribble for having a ringing telephone, Cleopatra for forgetting what she was called and Sphinx for graduating as a fully qualified horticulturist. And as we know, in Hash, one horticulturist drinks, ALL horticulturists drink so Show Off joined her for a down down!!!

A delicious dinner was finished off with four cakes and if you didn’t finish the night fatter than when you started it then your powers of resistance are better than mine!