Rambling’s Run according to Freebie 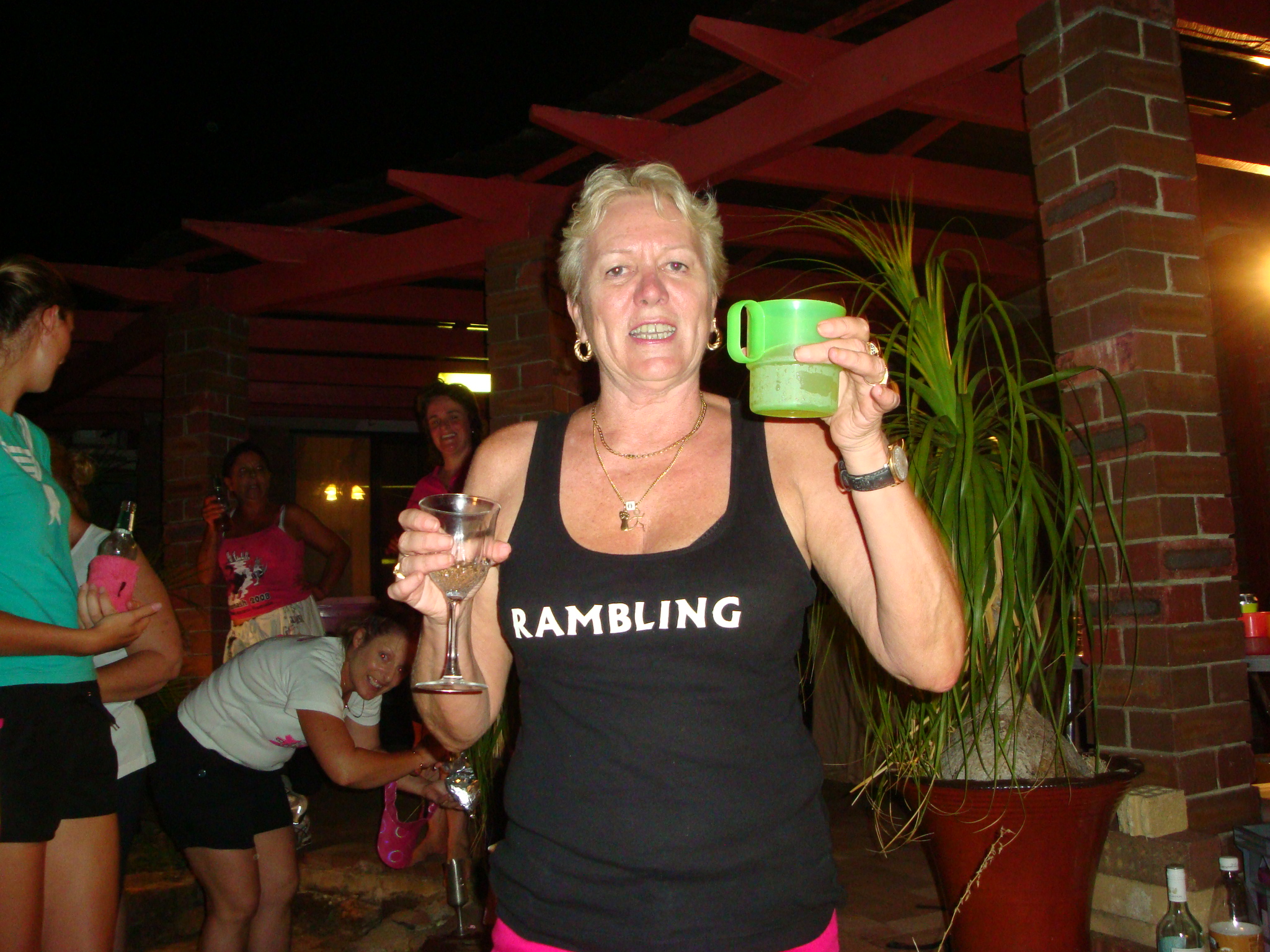 Despite the sweltering heat, the number of boobs bouncing was quite big, much to the delight of those enjoying the sunshine on the streets of Warwick.

Rambling made excuse after excuse as to why the run was short and straight. Yeah Right ya lazy sod! It cooled down a bit so runners were able to get a good pace going. The walkers knew their way around so could navigate home without following the trail if necessary. We got back in dribs and drabs and tipped our delicate tootsies in the chilly pool.

Since our GM, Xena, was off gallivanting, it was up to Comet to lead a noisy circle. A few ‘visitors’ turned up, though since they had actually been with us a few weeks, I think they were just up for the drink. La fitz celebrates her 60th next week but unfortunately won’t be at Hash, so she was given a makeshift cake and Happy Birthday was sung. It was Show Off’s 350 run, but she had better things to do than come to Hash so she missed out. Lone Ranger took to opportunity to flash he perky tits by promoting the Ahhhhhh Bra but Tickets decided to flash her droopy boobs at home so they were not passed on, and Dribble kept bitchy’s… cos she is! Firefly was given the hurke bear for her antics at the Bully run.

Roll On was given a massive down down for not only forgetting Guide Dogs birthday, but for getting lost on the way to picking her up, despite doing so for at least the past 5 years! A definite contestant for the droopy’s there! Kebab made sure she got a few drinks. One for new shoes (which she copied off Dynamo) and then decided that although her sister was not present, she would join My Sista in the ‘one sister drinks, all sisters drink’ rule. There were many charges given for the Bully run, which Cookie rightly pointing out that it was 2 weeks ago. GET OVER IT ALREADY! lol… thats laugh out loud for those playing at home.

Dinner was finally served. Roll’s and cold roast beef with salad…. which I enjoyed as left overs the next day.

Looking forward to the next one!