Comet’s Run according to Rambling 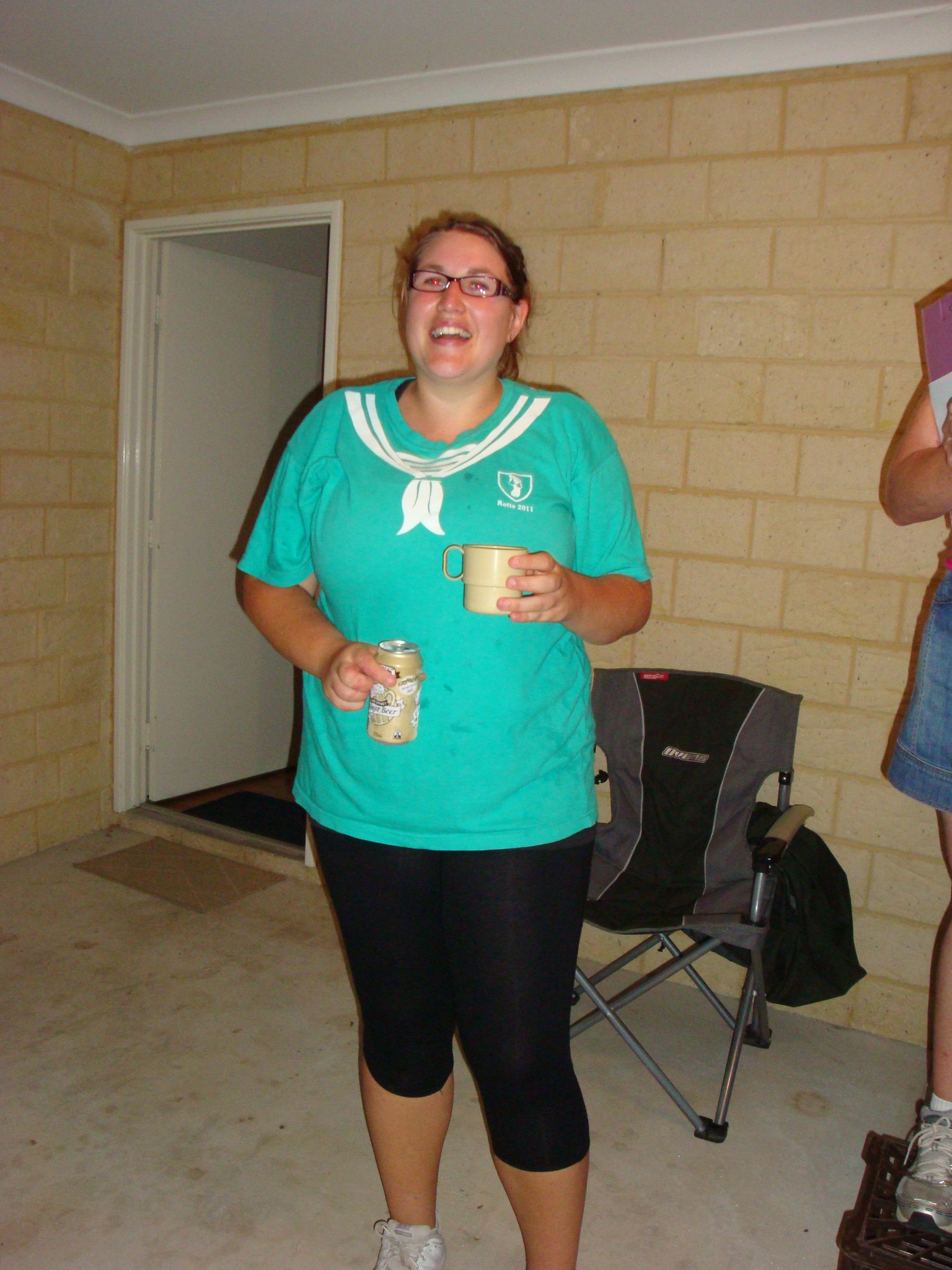 We arrived at Comet’s to be greeted with lots of love hearts and Valentine’s day jokes/comments all over the fence.  Everyone was chit chatting as usual, some about the recent Bully weekend enjoyed by all who attended.  It was nice to see a lot of the girls dressed up in hearts and red shirts.  GM called us out front after a little trouble getting some of the bums off chairs and hare Comet told us it was on left.  Then a long false trail to keep all together.

We crossed a park then down near a mosquito lake near a big stop sign.  Here Comet handed out half love hearts with a name on them, the idea being you had to find your corresponding half as your partner.  We then lined up behind a toilet plunger or a bum roll.  Comet says the bum roll is a ring and the plunger is a finger. One half your team has to carry the roll without using hands and put on the plunger which is between the others legs.  After lots of laughter, especially when Kebab tried “backing up”, some one was declared a winner but no prizes for this one. As promised this was a token run and we soon arrived back home.

Xena called the circle quickly and Comet was duly given a drink as stand in hare for Yo who is still sick. Visitors Sircumsize and Gemini where given a welcome drink, as was returnee Cow Pat who popped in after one of her jaunts away. Aunty Val celebrated her 1300 runs and presented with a cool cake in the shape of a bag by Liberty, then one 1300 drinks all 1300 drinks and she was joined by Liberty & Sarge. Banger was then presented with the little short pink one for her 269 runs which it appears she has been avoiding faking illness etc.

Zip It then bought it to our attention that GM Xena is having a birthday and another cake.

Super tries to give the Bitchy Britches to Gorgeous and Backseat, one leg on either side,  something about sex tonight,  but Dribble got them for saying wishful thinking.  Tickets forgot the Droopy Boobs and had a drink.   Firefly received the Herk Bear for her efforts at the Bully run.  Congratulations for the new contender. She will be presented upon the return of Deaconess.

Then the charges.  Rations was given a drink for lost property, Cheapy charged Gorgeous for belching and farting, Sarge in fine form charged Matchbox and Firefly for the antics on the weekend ie standing in the esky and going missing and keeping the whole moo room awake, then Concorde for pissing on the GMS wheel, then Gemini for no hash shirt, this one was reversed. Cookie charges Crack for nearly going to last weeks address, Gorgeous charges Tickets, Puddles charges DMD by now the decibel level in the carport had risen to such a level hearing was impossible.

The song was sung and immediately the queue was formed for the very yummy pizza and salad.

Thanks Comet for a good night.